COMMUNITY HIGHLIGHTS: Events, recognitions and celebrations in The Woodlands from our June issue 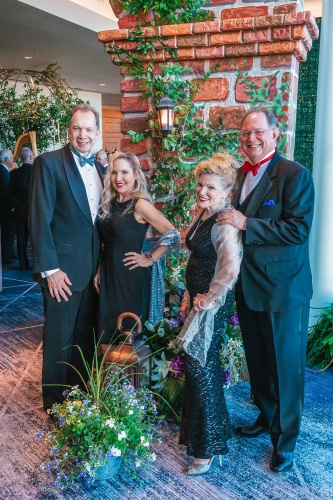 In April and May, students celebrated Earth Day, an area private school marked 30 years of education and a nonprofit celebrated an anniversary with its Montgomery County chapter.

The eighth annual Habitat for Humanity MCTX Building Hope Gala for the Montgomery County area was held May 4 at The Woodlands Waterway Marriott. The event, presented by LGI Homes for the third consecutive year, marked Habitat for Humanity’s 30th anniversary.

In April, The John Cooper School celebrated its 30th anniversary with an assembly and celebration. Senior members of the Upper School choir sang the national anthem to kick off the event including, from left, Mitchell Shannon, Conor Patterson, Uche Oguchi, Matt Krehbiel and Mohib Jamil.

Collective Hearts for Children, an organization formed this year to support The Woodlands-based Texas Autism Academy through fundraising, held its first Scholarship Wine Gala on April 30 at Pallotta’s Italian Grill. The event raised more than $15,000 for the school, which serves students throughout the Greater Houston area. The group plans to hold a second event in April 2020 at the same venue.