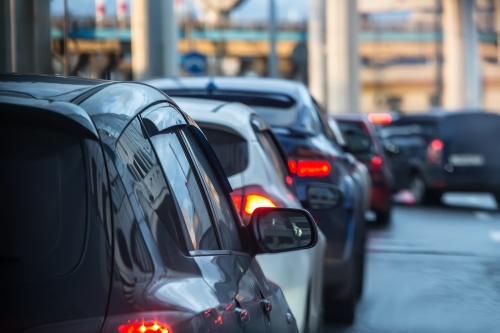 The Houston-Galveston Area Council released a draft list of priority transportation and mobility projects on Jan. 16. Public comments are being collected through the end of February.

Congestion along South Loop 336 in Conroe could soon see some relief, as the Conroe project was ranked among the top Greater Houston-area road projects by the Houston-Galveston Area Council that could receive federal funding through 2028.

After receiving 193 applications across the Greater Houston area, the H-GAC released a draft ranking Jan. 16 of projects that could be funded with roughly $920 million—including federal funding and state and local matches—through 2028.

According to the report, projects that scored above 150 points out of a possible 200 points in four metrics appear to be fundable. The project proposal from the Texas Department of Transportation to widen South Loop 336 between FM 1314 and I-45 was rated a total score of 187 out of 200. The $9.6 million project proposal includes widening the roadway from two lanes to a four-lane divided roadway by 2022.

Public comments will also weigh into the production of final rankings. Comments can be submitted online, by mail or by phone through Feb. 28. Public comments for the longer-term 2045 Regional Transportation Plan will be accepted from March 19 through April 16.

Following the public review period, H-GAC will make the final selection of projects for federal funding for the 2019-22 Transportation Improvement Program, the 10-year plan and the 2045 RTP. A series of public meetings will also be hosted around Houston, starting with a Jan. 24 meeting at Friendswood City Hall.