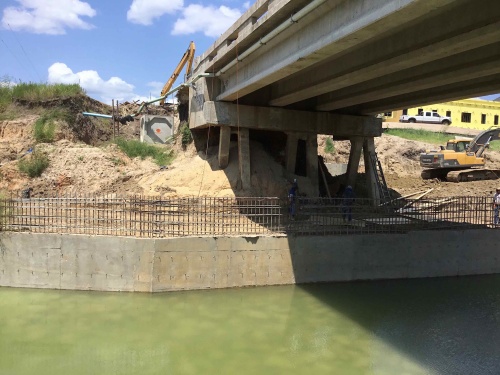 After the Montgomery City Council meeting last Tuesday was cancelled due to lack of quorum, the city rescheduled the meeting to Aug. 21. During this meeting, council members discussed and took action on numerous agenda items, including an update to the ongoing Buffalo Springs Drive bridge repair and festival road closures. Council Member T.J. Wilkerson was not in attendance. Buffalo Springs Drive bridge was damaged by floodwaters in April 2016, and the city spent more than a year negotiating funding with the Federal Emergency Management Agency. The repair contract began in January 2018 and was originally set to be completed in mid-June. Roznovsky said weather, labor issues and slow production impacted the most recent 20-day delay.

“Of those 20 days, we can only account for—not to the contractor but just the number of days that it rained—seven to eight days," Roznovsky said. "So it is about two weeks of just slow production by the contractor.”