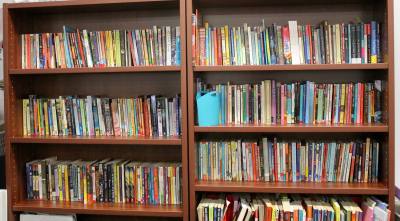 Between new class start times, construction contracts and a future school calendar Katy ISD’s board of trustees heard a range of recommendations from district staff members Monday evening. The board will vote whether to approve those recommendations at its regular agenda meeting Feb. 26. Here are some of this week’s meeting highlights:

After receiving more than 20,000 responses from a districtwide transportation sustainability survey in January, administrators recommended KISD switch to a multibell start schedule for elementary, middle and high schools. KISD Chief Operations Officer Lee Crews said the change would help the district better manage school bus routes in light of a shortage of nearly 35 drivers and a growing enrollment.

Currently, KISD classes operate according to the following schedule:

The proposed bell schedule would be:


Crews said elementary school bus routes are the largest portion and needed to be broken up in order to maintain service. Several parents as well as trustee Rebecca Fox said they preferred the high school students to start classes later than junior high schools, while Superintendent Lance Hindt and trustee Courtney Doyle said that was more difficult in light of teenagers’ after-school responsibilities.

Based on space limitations and costs, KISD administrators recommended phasing out the Two-Way Immersion program at Fielder and Memorial Parkway elementary schools starting in the 2018-19 school year. The district began looking at TWI, a bilingual program, as a way to solve Fielder overcrowding.

However, KISD Chief Academic Officer Christine Caskey told trustees TWI is also cost-prohibitive for the number of children its serves: about $1.4 million for about 430 students. The program started with a grant in 2008 whose funding support ended in 2009, and it has been paid for with general operating funds ever since, according to board President Ashley Vann.

Parents whose children are in the program criticized the recommendation and asked the board to reconsider. Hindt and several trustees said the move was difficult but necessary to manage costs and capacity issues.

Trustees are expected to vote on approving a calendar for both the 2018-19 and 2019-20 school years at the next board meeting. Hindt recommended using the proposed calendar for the next two school years given its popularity among families and staff in a districtwide survey in January and February.

Sixty-five percent of respondents voted to use an Aug. 15-May 23 school year calendar, with a weeklong Thanksgiving break and a spring break from March 11-15.

The schools’ proposed project totals were $166.8 million and $51.4 million, respectively, both of which are less than their bond allocations.

During the public comment portion, Todd Granato of Webber Commercial Construction accused KISD of misappropriating funds by going with a higher bid than his company’s bid for High School No. 9. Hindt, the district superintendent, and trustee George Scott took offense at the claim and said such bids are scored on more criteria than price alone.