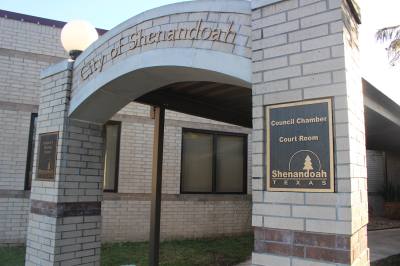 Shenandoah City Council discussed several topics during its Jan. 24 meeting, including a fence design for the Toddler Park, the creation of an Audit Committee and the city’s upcoming general election.

All council members were present during the meeting. To view the entire Jan. 24 agenda, click here.

The next regularly scheduled Shenandoah City Council meeting will take place Feb. 14 at 7 p.m.
1. The council unanimously approved a fence design for the Toddler Park.
The council opted for the shortest route option, known as “Location 3” which is 175 feet of 3-foot-tall fencing, with the aluminum tub fencing material, at a cost of $27 per linear foot.

The council also opted for two ADA compliant gates without concrete work, each for an additional $1,500. The total cost of the fence is estimated at $7,725.

2. The council unanimously voted to create an Audit Committee.
Council members Ron Raymaker and Charlie Bradt volunteered to serve on the committee, which will work to enhance transparency of the city’s finances.

3. The council unanimously adopted an ordinance approving a service and assessment plan and assessment roll and related provisions for the MetroPark Public Improvement District.
After a public hearing, which was opened during the last council meeting on Jan. 10 and closed at the Jan. 24 meeting, the council also unanimously approved the ordinance, which provides for approval of the service and assessment plan, assessment roll, making a finding of special benefit for property within the district, levying special assessments against property in the district and providing for the method and payment of assessments.

The council likewise unanimously authorized the issuance and sale of the city of Shenandoah special assessment revenue bonds, an indenture of trust, a bond purchase agreement, official statement, continuing disclosure agreement, official statement, continuing disclosure agreement and other related documents. The ordinance is in accordance with provisions necessary to proceed with the MetroPark PID.

4. The council unanimously adopted an ordinance calling the May 5, 2018 City General Election.
This year, positions on the council up for election include Mayor as well as Position 1 and Position 5. Those positions are currently held by Ritch Wheeler, Ron Raymaker and Mike McLeod, respectively.

The council likewise unanimously approved an Election Services Agreement with the Montgomery County Elections Administrator and a Joint Election Agreement.

For more information about filing for candidacy, click here.

5. The council unanimously adopted a resolution that would allow the city to take ownership of traffic signals at the intersection of I-45 and Tamina Road/Research Forest Drive.
The Texas Department of Transportation currently is in charge of operating the intersection’s traffic signals, which a traffic study conducted by the city engineer found to be at failure in most movements. The ordinance allows the city to take ownership of the traffic signal operation and assign those operations to Montgomery County, in hopes of improved synchronization.

6. The council unanimously authorized the purchase of a Chevrolet Tahoe for the Shenandoah Police Department from Caldwell County Chevrolet for $31,875.
The purchase is in accordance with the SPD’s vehicle replacement plan, as approved in the FY 2017-18 budget.