Spring and Klein development updates to watch in 2018 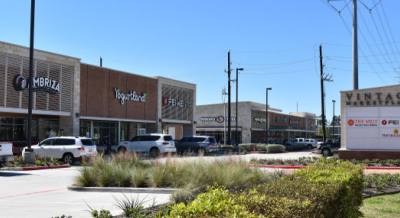 Stores in the  Grand Parkway Marketplace I shopping plaza including Target, Michaels, Famous Footwear and other national retailers opened in early 2017. U-Maki Sushi Burrito opened in the shopping center in June, and Bellagreen opened in October. Several restaurants opened in this plaza on FM 1960 throughout the summer, including Hou Wei and Pho Nuong Ume, serving Asian cuisine. 5. The Market at Springwoods Village opened

A ribbon cutting marked the opening of this shopping center in November, featuring restaurants and stores such as Chick-fil-A, Kroger and Torchy’s Tacos. The 50,000-square-foot building opening in January will include 12 science labs, an observation deck and a geology rock wall.

8. Courthouse annex to reopen after renovations

The technology company plans to open two office buildings for 2,400 employees on a 12-acre campus in Springwoods Village in fall 2018.

The American Bureau of Shipping headquarters will open in this mixed-use development in late 2018. The Mark at CityPlace apartments is scheduled to open in early 2018.