Humble ISD bond referendum update and 3 other things to know this week in Humble, Kingwood and Atascocita 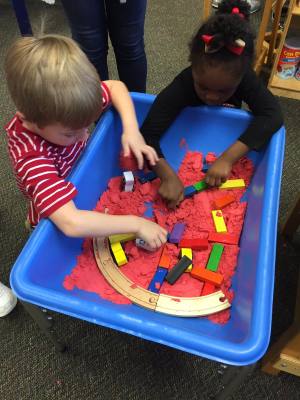 Humble ISD has expanded its full-day Pre-K options each of the past three years.

Here are a few highlights for the upcoming week in the Lake Houston area.
Humble ISD board of trustees to discuss bond referendum this week
The Citizens Bond Advisory Committee will present two bond package options to the HISD board of trustees in January, including one option for more than $600 million and another that surpasses $466 million.

The referendum could feature new schools, including a high school in Atascocita, basketball practice gyms at all five high schools and a multipurpose room at all elementary schools in addition to major renovations at several schools.

After the presentation by the bond advisory committee Jan. 12, the HISD board of trustees will determine whether to call a bond at its Feb. 13 meeting. If a bond is called, early voting will begin April 23, while election day will occur May 5.

H-E-B in Kingwood to reopen in less than two weeks
After sustaining major flooding damage during Hurricane Harvey, the H-E-B Kingwood Market will reopen its doors Jan. 19.