Transportation updates: 4 road projects to watch in Franklin and Brentwood

Keep these projects in mind during your commute. The city of Franklin has been working since 2016 on widening Columbia Avenue to five lanes from just south of Mack Hatcher Parkway to just north of Downs Boulevard. Final design steps are underway now, and Franklin will start acquiring rights of way and easements in 2020, according to the city. Construction will begin in 2022. TDOT plans to widen Hwy. 96 East from Arno Road to Wilson Pike, according to state plans. This project has not been made available for bids yet, but a spokesperson for the department said it will be let in spring 2020. The project is slated to take approximately three years; however those dates are still estimated and subject to change. Along with the major widening project along Franklin Road, the city of Brentwood is also adding a traffic light at Fountainhead Drive to ease congestion entering and exiting that subdivision, according to a city spokesperson. Due to the amount of time it takes to deliver signal poles, it is not expected to open until early 2020. The city is preparing to install and improve sidewalks, curbs, gutters and streetlights, according to capital plans. The project is meant to increase safety for pedestrians visiting Harlinsdale Farm and The Factory at Franklin. Franklin is in the final stages of obtaining easements for the project, according to a city spokesperson. Construction is expected to begin in early 2020. 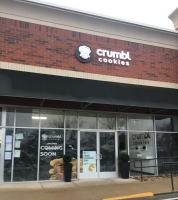 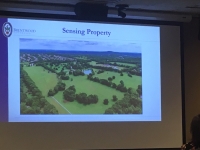