TOP STORIES: The 5 most read articles in the Tomball, Magnolia areas during the month of May 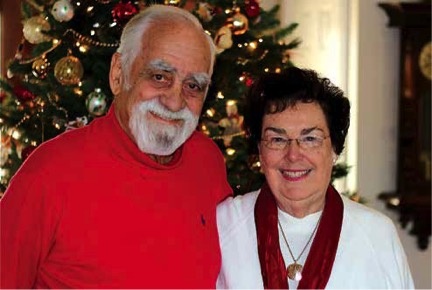 Jack Frey and his wife, Shirley, moved to Tomball in the early 1970s.

Here is a list of the top 5 stories from the Tomball and Magnolia areas during the month of May:
After Santa Fe High School shooting, Magnolia ISD announces plans to add police officers at every campus in August
Magnolia ISD Superintendent Todd Stephens sent a letter to families within the district Monday, May 21, in response to a shooting at Santa Fe High School in Santa Fe ISD on Friday, May 18. Read the full story, here.

Tomball, Magnolia communities remember long-time resident, developer Jack Frey
Jack Frey, the founder of Tomball-based Jack Frey Properties, died Wednesday, May 2, after an accident in Louisiana while fishing with friends. Frey and his late wife Shirley moved to Tomball in the early 1970s, selling real estate in the Tomball and Magnolia areas and serving in various community organizations. Read the full story, here.