support local journalismbecome a community patronCommunity impact Newspaper's mission is to build communities of informed citizens and thriving businesses through the collaboration of a passionate team. Consider supporting our journalism efforts by becoming a Community Patron today.
Continue Readingcontribute today
sign up for our newsletterbecome a community memberCommunity Members have access to our e-edition and can sign up for our daily e-newsletter
Already a Member?Sign in
Sign up now
Transportation

Transportation updates: updates on projects moving forward and completed in South Montgomery County in May 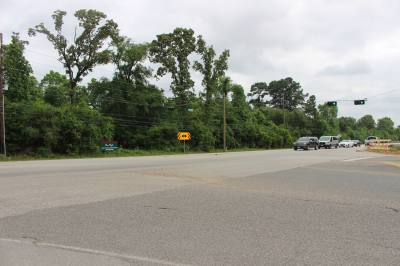 1. FM 2978 widening
This project will widen FM 2978 from two to four lanes with a center turn lane from FM 1488 to south of Dry Creek in Phase 1 and from south of Dry Creek to Conroe-Hufsmith Road in Phase 2. As of April, the first phase of the project was 24% complete, and the second phase of the project was 43% complete, according to Emily Black, public information officer for the Texas Department of Transportation.
Timeline: September 2018-second quarter 2021 (Phase 1), January 2018-fourth quarter 2019 (Phase 2)
Cost: 33.7 million
Funding sources: TxDOT, federal funds

2. Woodlands Parkway widening
Woodlands Parkway will be widened from six to eight lanes from west of I-45 to a half-mile west of the Grogan’s Mill Road overpass. The project will add one lane in each direction with right-turn and acceleration lanes at major intersections. As of May, eastbound lanes were completed and open while crews finished pouring concrete on the new westbound lanes. Westbound lanes will open after striping and signage is complete, officials said.
Timeline: February 2018-May 2019
Cost: $6.8 million
Funding source: Montgomery County Precinct 3

4. RayfordRoad expansion
This project will widen Rayford Road from four to six lanes from Richards Road to the Grand Parkway, construct a six-lane bridge over the Union Pacific Corp. tracks, install new traffic signals and add a raised median. In May, drainage pipe installation was being completed on the eastbound side and crews started installing drainage pipe on the westbound side. Two west bound lanes over the bridge are expected to open in the summer, officials said.
Timeline: April 2017-summer 2019
Cost: $53 million
Funding source: Montgomery County Precinct 3

I Heart Mac & Cheese is anticipated to open late summer to early fall.

Founder and owner Terry McBurney opened the first location of Republic Grille seven years ago because he wanted to provide a truly local restaurant to The Woodlands community, he said.

Area hospitals are attempting to fill positions created by a nursing shortage that began before the pandemic.

The new road would extend Woodtrace Boulevard from Hwy. 249 to FM 2978.

Since June 1, coronavirus vaccine distribution across Montgomery County has shifted from a hub-based model to one centered around physicians and clinics as demand begins to decrease.