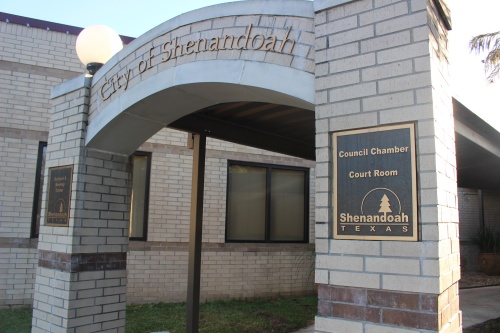 An agreement with Tachus for fiber internet service, a rezoning request for Wellman Manor and a special use permit for The Woodlofts were just a few items up for consideration by Shenandoah City Council Feb. 14.

The $1.5 million expenditure will provide fiber internet access citywide and the master service agreement was approved by the council last night.

Council Member Ron Raymaker was the only member who voted against the item.

“I’m on record of not [being in favor of] spending the $1.5 million [for this project],” Raymaker said. “I think there are more worthwhile infrastructure projects.”

However, the council did not agree on a funding mechanism for the project and in a 3-1 vote, with Raymaker abstaining, the council voted to not allow Tachus to collect fees paid to the city to reimburse the cost of constructing the conduit system. Council Member Mike McLeod voted for the item.

The council will determine a funding source for the project at a future meeting.

2. The council unanimously denied a rezoning request from David Weekley Homes, the developer of Wellman Manor, which would have allowed for the construction of paired homes.
Wellman Manor was initially planned to feature 32 single-family homes and the proposal by David Weekley Homes would have changed than plan to include 44 paired homes (or duplexes) and six single-family homes—totaling 50.

Multiple residents spoke during citizen’s forum and the item’s public hearing against the rezoning request, citing parking and traffic as their main concerns with the change.

The council cited similar concerns and unanimously voted to deny the request.

3. In a 4-1 vote, the council approved a special use permit for The Woodlofts, a two-building mixed-use development.
The project was initially approved for an SUP and was issued a building permit in 2014 by the council, however the project failed to move forward then and the SUP has since expired. The developer is now moving forward with the project and resubmitted another SUP request.

The project will be located on the east side of I-45 on a roughly five-acre tract of land between Main Event and Mi Rancho. The mixed-use development will include two buildings with 350 multi-family units, a parking structure and 14,500 square feet of retail space.

The SUP was approved with Council Member Byron Bevers voting against the item, citing that he wanted to see additional market data to ensure there was a demand for this type of housing in Shenandoah and that the project would be successful.

Both Reyer and Shenandoah Police Chief Raymond Shaw confirmed that the charges had been dropped and Council Member Ted Fletcher read a letter from the district attorney’s office about the case during council's inquiry:

From the district attorney:
“We’ve reviewed the information that you submitted regarding the… complaint against the City of Shenandoah’s Interim City Administrator Kathie Reyer. We agree with your assessment that probable cause does not exist for any criminal offense and we will not be seeking any criminal charges against Kathie Reyer. This completes our inquiry of this event and this case will be closed.”

Fletcher said he believed the complaint was politically motivated and asked Shaw if action could be taken to look into the filing of a false report. Shaw said they would need to inquire with the district attorney on the matter.

5. The council approved the purchase of E-Discovery Automation Software and will be looking to hire a full-time records clerk to assist with open records requests.
In recent months, city officials stated the city has experienced a significant increase in the volume of open records requests and that staff has spent an inordinate amount of time working to fulfill those requests in compliance with records retention requirements.

To help staff fulfill these requests, the council approved the purchase of annual license for the Retain Archive Solution to provide email, text and social media archiving and automated e-discover service. The purchase is a one-time expenditure of $2,200 with an additional estimated annual cost of $7,000.

The software is expected to be implemented within the next few weeks, according to city staff.

Reyer also said the city would be looking to hire a full-time records clerk to also assist with open records requests.

6. The council unanimously approved an SUP for a wine and beer retailer’s permit for MOD Pizza.
The pizzeria will open a new location in March in the Portofino Shopping Center, at 19075 I-45 S., Ste. 400, Shenandoah. The eatery serves up individualized pizza with a choice of more than 30 toppings, fresh salads, sides such as garlic strips or cinnamon strips, paired with house made iced teas, lemonades and hand-spun milkshakes. The pizzeria also offers a gluten-free crust option. 888-770-6637. www.modpizza.com

7. The council opted to table the proposed zoning modification for PDD #13, which relates to signage in MetroPark Square.
The council will further consider the item at a future meeting.

8. The council unanimously approved an RFP for tourism and consulting services.

9. The council unanimously appointed members to the Sick Pool Committee, as outlined in the agenda packet.