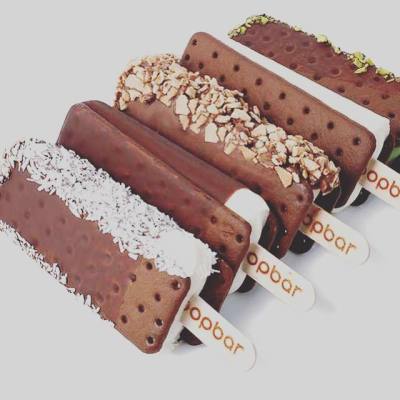 Pearland is a hotspot for restaurants and businesses. Here are some restaurants opening in Pearland in December, as well as a few that opened in late November.
POPBAR


New York-based POPBAR, a frozen treats shop, celebrated its soft opening on Nov. 30 at 11200 Broadway St., Ste. 1210, Pearland, in the Pearland Town Center. The business serves handcrafted gelato, sorbetto and frozen yogurt on a stick, which can be paired with melted chocolate and a variety of toppings. The business also sells popwiches, or gelato sandwiches on a stick. POPBAR will have its grand opening Dec. 16. 713-931-1646. www.pop-bar.com


The Chick-fil-A on Shadow Creek Parkway opened to the public on Nov. 30. Located at 11629 Shadow Creek Parkway, the franchise serves chicken sandwiches and nuggets. This is the third Pearland location for the corporation. This is the second location for franchise owner Bryan Bullington, who will be opening a third Pearland location in spring 2018. Chick-fil-A also has locations in Baybrook Mall and Webster. 713-340-1190. www.cfarestaurant.com/shadowcreekranch/home