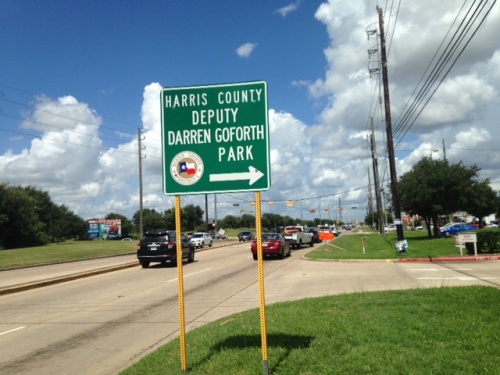 Pizza Cucinova closes Cypress location after one year of business


See what Cy-Fair area flood projects would be funded by the $2.5B bond

Deadline for candidates to file for local elections is Monday, Aug. 20

Candidates in local elections taking place Nov. 6 have until 5 p.m., Aug.20, to file for a place on the ballot. The Cy-Fair ISD board of trustees are up for election in odd years and will not host any elections this November. However, three positions on the Lone Star College board of trustees will be on ballots this year, including District 1, which represents the Cy-Fair area. Look out for updates from Community Impact Newspaper on Lone Star College elections after the filing period ends.

After Hwy. 290 construction forced the city of Jersey Village to remove red light cameras along Hwy. 290 frontage roads in 2013, city officials will consider authorizing an engineering study at an Aug. 20 meeting to determine if cameras should be brought back to 11 intersections throughout the city. In 2016, voters in Jersey Village voted against banning future red light camera programs and in favor of allowing the city to continue its contract with American Traffic Solutions, the company that operates the cameras. The engineering study would require a budget amendment directing $57,200 to the city's Traffic Safety Fund. Find the full meeting packet for the Aug. 20 meeting here.

The Cy-Fair Volunteer Fire Department and Harris County ESD No. 9 celebrate the grand opening of its newest fire station Aug. 25. Station 13 was built at 10222 Westgreen Blvd., Cypress, in the Bridgeland area, to bring services to growing neighborhoods in the western part of the district. The event includes station tours, demonstrations, a bounce house and a truck push-in ceremony. 10 a.m.-1 p.m. 281-550-9649. www.hcesd9.org

The Harris County Flood Control District bond election takes place Aug. 25, one year after Hurricane Harvey touched down in Texas. Early voting opportunities also continue this week through the end of the day Aug. 21. Find all the information voters need to know about the election here.

The public is invited to attend a walk in memory of Darren Goforth, a deputy with the Harris County sheriff's office who was shot and killed while wearing a police uniform nearly three years ago. Event organizers said the one-mile walk is intended to honor Goforth's memory and show family members that his service and sacrifice have not been forgotten. Noon-2 p.m., Harris County Deputy Darren Goforth Park, 9118 Wheat Cross Drive, Houston. 281-686-0143. www.facebook.com/events/2329432043763595