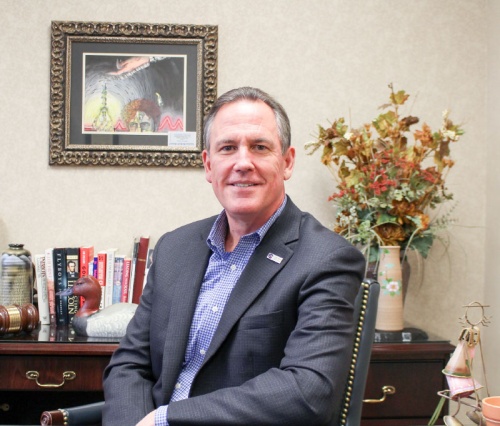 Conroe ISD's former Superintendent Don Stockton worked at the district for 32 years before retiring in June.

The Conroe ISD board of trustees met Tuesday evening and discussed naming two upcoming campuses, received an update on Houston Elementary School's turnaround plan and discuss the process for attendance boundaries for a new campus.

Beginning July 17, trustees began seeking public input on the naming of Flex 19—which will open in the Oak Ridge High School feeder zone in August 2019—and the new junior high slated to open in the Conroe High School feeder zone in August 2020. Public suggestions were submitted between July 18 and Aug. 13, garnering 302 submissions for Flex No. 19 and 501 submissions for the new junior high school.

After much debate, trustees nominated several names for Flex 19 and the new junior high school. During the meeting, board President Melanie Bush said it was difficult to choose a single namesake, as all the people nominated were exceptional options.

The plan was announced in September 2017 after the school was the only CISD campus to receive an Improvement Required rating from the TEA’s accountability scores in the 2016-17 year. The 2017-18 TEA accountability ratings revealed a similar story, with Houston Elementary once again being the only school that did not meet standards.

Although Houston Elementary received an Improved Required rating again this year, Debbie Phillips, CISD assistant superintendent of elementary education, said at the board meeting that the school’s culture and scores are improving.

The last time the district formed a committee was prior to the May 2015 bond election.

The final major projects involved in the $487 million bond are the two new campuses.

The committee will make a recommendation to trustees in late 2018 on whether the district should call a May 2019 or November 2019 bond election. The 1,000-capacity school is being built to relieve crowding at Houser, Oak Ridge and Vogel elementary schools, Hines said. Additionally, the district hopes that the attendance boundaries will also address the capacity at Ride and Hailey elementary schools.

Hines said CISD will host several public forums to display drafts of the attendance boundary to the public and receive feedback. The district hopes to bring an official boundary recommendation to the board in January, he said.

“I know sometimes we get the question of why is this process challenging? And from experience, I can tell you that the schools are communities," Hines said. "Change is sometimes difficult. Families often choose where they live to attend a particular school, so when we come in and say we’re changing that, it’s emotional and it’s difficult."