Development updates in Conroe and Montgomery 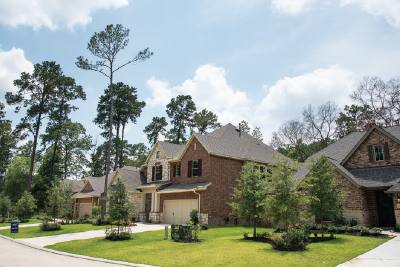 Many of these commercial or residential projects were announced or in progress last year. Here’s what is happening now.

Grand Central Park is under development by Johnson Development Corp. The developer broke ground on the project in 2015 and has since completed construction of about 158 homes at the community’s West Village, which will feature about 550 homes upon build-out. Home construction continues in 2018. Homebuilders include Village Builders, David Weekley Homes, Perry Homes, Coventry Homes, Darling Homes, Drees Custom Homes and Jaeger Homes. A small pocket park, Trillium Park, opened at the community in late 2017.

Heritage Place Plaza II is a project by local developer Cheatham Management at the intersection of Houston Street and Hwy. 105 in Montgomery. Tenants for the project includes medical office space for the Houston Methodist Primary Care Group and Woodlands Dermatology Associates, as well as the headquarters for Cheatham Management. The project is expected to finish construction in late January.

Wedgewood Forest is a development project by Land Tejas located along
Hwy. 105 in Conroe. The first homes in the community opened for sale in 2017. The 111-acre community will include about 280 single-family homes upon build-out. Home construction continues in 2018. Homebuilders include Anglia Homes, Century Communities, Colina Homes and Westin Homes.

Water Crest on Lake Conroe continues to develop near the eastern shores of Lake Conroe. The community will break ground on four new sections in spring 2018 that will add an additional 300 homes to the area and will open a private boat ramp for residents in March. The community has already completed construction of 205 homes.

Woodforest is a rapidly developing community in the Lake Conroe area located along Fish Creek Thoroughfare. There have been 2,667 homes built in the community, and two new parks amenities are slated to open this year, the urban-style Kingsley Park and the Americans with Disabilities Act-accessible Wallarro Park, by mid-2018. The Stampede Sportsplex includes three soccer fields and recently opened. The community will host a grand opening celebration in early 2018.

The Woodlands Hills is a community under development by the Howard Hughes Corporation in north Conroe and south Willis. The master-planned community spans 2,000 acres and will feature
20 neighborhood parks, a 17-acre Village Park and an amenity center upon build-out. The project broke ground Nov. 15 and has announced Ravenna Homes and Westin Homes as two of the initial homebuilders for the development, slated to open this year.