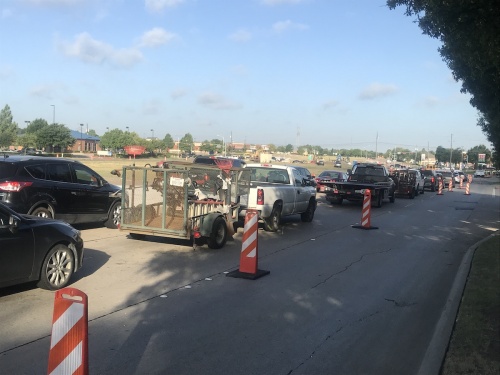 Below is a list of three active construction projects at Plano intersections that affect Plano drivers' commutes.

Traffic disruptions were expected to intensify in mid-July at the intersection of Plano Parkway and Preston Road as crews began construction to widen Preston Road. Since December, most of the construction was confined to the intersection’s large median, where crews are building new eastbound lanes that will run closer to their westbound counterparts and allow for more separation between the intersection and the President George Bush Turnpike to the south. The Plano engineering department expects most of the traffic slowdowns to continue through December. The most intensive work is expected to take place from 9 a.m. to 3 p.m. on weekdays.

The intersection of Spring Creek Parkway and Coit Road is undergoing an overhaul. Since April, crews have worked to add U-turn lanes to the eastbound and westbound portions of the intersection and repair pavement. Now, they are turning their focus to the addition of three right-turn lanes: two to southbound and northbound Coit Road, and one to eastbound Spring Creek Parkway. The project will also include the installation of new traffic signal poles and pedestrian improvements. Most of the construction will occur between 9 a.m. and 3 p.m. on weekdays, and may result in lane closures and traffic backups.

Crews have been working since May to construct more turning lanes at the intersection of Coit Road and Hedgcoxe Road. Both north- and southbound lanes on Coit Road will receive double left turn lanes, as well as east- and westbound Hedgcoxe Road. Part of the construction also includes removing a dip in the road on the west side of the intersection. East- and westbound lanes on Hedgcoxe Road will be reduced daily to one lane from 9 a.m. to 4 p.m. and to two lanes from 4 p.m.-9 a.m.