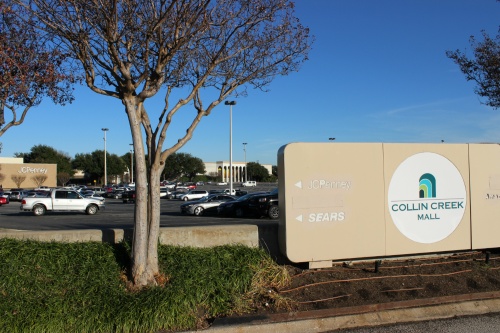 The future of Plano's ailing Collin Creek Mall was in doubt for much of the year as storefronts closed, a deal fell through and a lawsuit complicated the picture. Now that developer Mehrdad Moayedi of Centurion American has purchased several key mall properties, catch up on what we reported in 2018.
1. Sam Ware details plans to tear down part of the mall
Developer Sam Ware announced his intentions in 2017 to purchase Collin Creek Mall and revamp it into a mixed-use project. His original plans involved tearing down part of the mall, and he said he was confident he would close on the necessary deals in early March 2018.

2. A deal to purchase the mall falls through
After weeks of delays and Ware's initial timeline passed, the mall's property management company, CBRE, told tenants the deal with Ware had fallen through. The mall would be placed back on the market, CBRE said in a letter. The property owner of the building housing Amazing Jake's denied they planned to sell the property at the time.

3. In lawsuit, Ware suspects new developer involved
After Ware's deal fell through the Plano-based developer sued the bank funding the project and alleged the property owners at Collin Creek Mall could have been working with the bank to identify a separate developer.

4. No apartments, a new hopeful buyer says
Mehrdad Moayedi, president of Centurion American, emerged publicly in August as the new developer pursuing the mall properties. Moayedi, who was also eyeing a mixed-use development, said he did not intend to ask for apartment units because of potential difficulties getting the proposal approved by Plano City Council members.

6. The big picture: Getting a plan through the Plano City Council
If the plans include multifamily, they could face pushback from some members of the Plano City Council. Council members Tom Harrison, Anthony Ricciardelli and Rick Smith have campaigned against these types of dense residential communities in the past. Council Member Ron Kelley said in March he expects multifamily to be part of the final proposal but added, "in my mind, it can’t be too much."