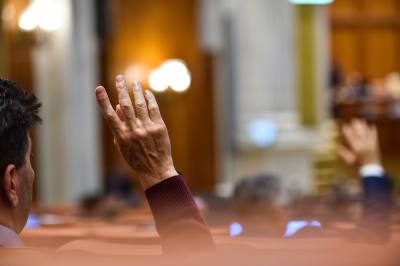 "It is important to vote in all elections. Primary elections determine which major party candidates will be placed on the November general election ballot," Collin County Elections Administrator Bruce Sherbet said. "The ballot includes federal, state and county level offices and the candidates that are elected to those offices can greatly impact our daily lives."

Even with the national attention Texas has received over contentious voter ID laws, Sherbet said he is not aware of any county documented voter ID fraud cases in Collin County.

If a voter does not have the necessary forms of identification at the polling place, he or she is still able to vote provisionally and given the chance to present the appropriate documents.

"Nobody should be turned away for not having proper ID because state election laws provide the opportunity to complete either a 'reasonable impediment declaration'—if applicable—or vote a provisional ballot with an opportunity to 'cure' by appearing to the voter registrar’s office within six calendar days of election day and presenting an acceptable form of ID," Sherbet said.

We’ve compiled an overview of some of the upcoming races, what forms of ID are acceptable at the polls and how Texas voters can learn more about the 2018 candidates and races.
How do I know if I’m registered to vote?
The deadline to register to vote in the upcoming primaries has passed (and Texas doesn’t allow voter registration on the day of an election). If you aren’t already registered, you won’t be able to cast a ballot in this year’s primaries.

Things work differently on March 6, the day of the primaries, depending on where you live. Some counties, including Collin County, participate in the Countywide Polling Place Program which allows voters to vote at any precinct in their county of registration even on the day of an election. For voters in counties who do not participate in the program, they will have to vote in their specific precinct on election day.

Here are the polling places for Collin County:

The business offers a team of physical therapists to help clients relieve pain and restore mobility.

The restaurant serves starters such as queso, chips and jalapeno salsa, with entrees such as salads, tacos, tostadas, quesadillas, nachos and tortas.

“I want you to come in here and feel really comfortable,” owner Ayman Hatkwa said.