Salsa Fest and more: A look back at July events in McKinney 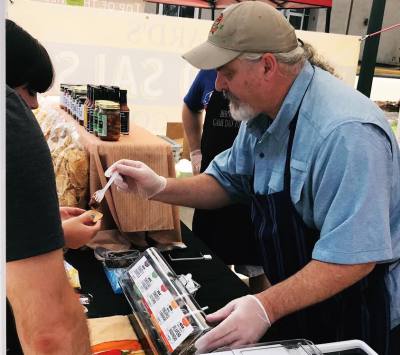 Many events took place in McKinney this July, including the Red, White and Boom parade and a classic car, truck and cycle show. The first Star-Spangled Salsa Fest was also held in July at Chestnut Square, 315 S. Chestnut St., McKinney.

McKinney also experienced hot temperatures in July, causing many residents and pets to find ways to beat the heat. This year’s Red, White and Boom Parade, hosted by the city of McKinney and Craig Ranch, had 87 floats. After the Fourth of July parade a car, truck and cycle show was held in Historic Downtown McKinney. To avoid the heat McKinney resident Melanie Morgan took her two dogs to Baker’s Drive-In for a sweet treat. The event also included live music, salsa dancing and more. Proceeds from the event went toward Community Garden Kitchen, a McKinney-based nonprofit serving daily meals to those in need.