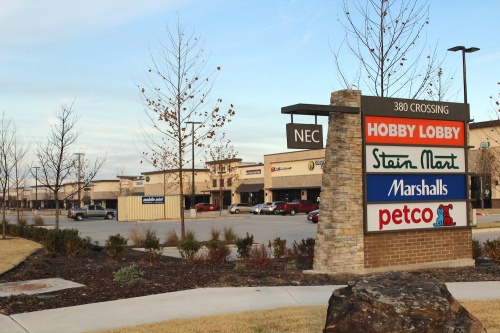 The intersection of Hardin Boulevard and US 380 will continue developing in 2019.

Here are nine stories that helped shape 2018 and will continue to shape McKinney in the new year. 1. McKinney residents to have more retail and restaurant options in 2019

The days of McKinney residents traveling to nearby cities in search of dining and shopping options are quickly coming to an end. Development at the intersection of Hardin Boulevard and US 380 has brought some new options, but more options are on the horizon elsewhere in McKinney, according to city officials. The Texas Department of Transportation presented five proposed alignments for US 380 through Collin County in April. TxDOT expects to select one alignment for the roadway in early 2019. Downtown business owners say they are noticing a younger crowd visiting the area. In addition to businesses changing, the footprint of downtown is expanding with the opening of mixed-use developments and parking garages. 4. Potential city bond must be called by Feb. 15 to appear on May ballot; project list and cost undetermined

Discussions for a potential city bond began in August and the bond committee will make a recommendation to City Council in January. Potential projects include a new City Hall, a public works facility and more. 5. McKinney ISD, City Council seats up for election in May

Three City Council seats and three MISD board of trustee positions are up for election in May. MISD has 1,500 security cameras districtwide and finalized a plan to use the stadium as a meeting point for parents should a school have to evacuate. 8. Concrete repairs at MISD stadium to begin in 2019

The nearly $70 million MISD stadium opened in August and concrete repairs to the stadium will begin in early 2019. Since December 2017 the airport opened a new hangar, purchased 190 acres of land, and broke ground on a new terminal and hangar. More announcements about the airport are expected to come in early 2019.