A glance at Frisco's health care industry in 2018 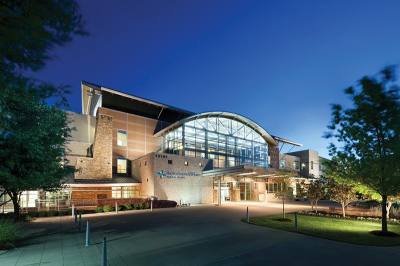 In 2002, Frisco only had one hospital. Now nearly 16 years later, Frisco has three hospitals with two more specialty medical facilities opening this year and an additional hospital opening in 2019. Trauma level: N/A
NICU level: III
Number of beds:  68
Most common treatments: ER cases, inpatient and outpatient surgery, and obstetrics and gynecology
Other: The hospital, which opened in 2002, was the first in Frisco. In 2007, the hospital completed an expansion project, adding services and space. This year Frisco will have two new medical facilities open and construction on an additional hospital will continue.

2. Texas Scottish Rite-North Campus is expected to open this fall. The facility will specialize in the treatment of sports-related orthopedic conditions and concussions in children.

3. Texas Health Frisco is expected to be complete in fall 2019. The hospital campus will house primary care practices and a multispecialty clinic. Internal medicine and family practice are among the most common doctor specialties in Texas, but other popular specialties may differ among Collin and Denton counties.