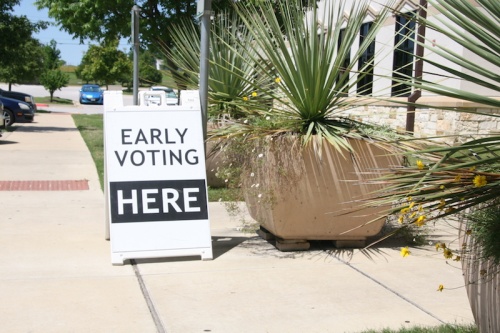 Answers have been edited for clarity.

Q: What do you believe the city should do to protect neighborhoods and have adequate housing for students?

A: There are established single family neighborhoods in our city.  There are locations that are suitable for student housing that are not near established neighborhoods, so developers of student housing should choose the suitable locations. We have upgraded the building standards for student housing. We now require a Conditional Use Permit (called a warrant in the SmartCode districts) that requires a vote by the Planning and Zoning Commission and the City Council.  This means that regardless of the zoning that would permit multi-family apartment buildings, student housing developers must request an additional permit.

Q: What specific solutions do you propose to resolve San Marcos’s parking issues, particularly in the downtown area?

Being the fastest growing city of our size for three years in a row means growing pains for our city. At a time in the not-too-distant future, we will need a parking garage.  In order to fund that garage, we there have been plans for several years to create paid parking in the greater downtown area.  Funds from the parking fees will help to fund the garage. We are looking at car sharing and bide sharing options. We continue to support our local bus system.

Q: In what ways would you work to manage growth in San Marcos?
A: Continue to abide by our comprehensive plan, Vision San Marcos:  A River Runs Through Us, because it defines where growth should happen. Ensuring our new land development code works well for us, requiring new development to bring quality projects. Making sure that zoning changes are to bring good projects to our community.

Q: How do you think the city’s new land development code, Code SMTX, will affect the community?
Code SMTX adds new types of housing stock including some that can provide for more affordable housing. There are new zoning categories that will give developers new options, such as more mixed-use (commercial and residential in the same building). There are more protections for our environmentally sensitive areas including the San Marcos River and its tributaries.

Q: How would you like to see the 2015 federal disaster recovery funds used?
San Marcos is in “flash flood alley” and we have seen a number of floods over my lifetime.  We are fortunate to have received $33 million dollars in federal assistance. The federal government has strict rules as to how those funds can be used and the city council has chosen the following:

1.  To assist individual homeowners who still need help to rebuild, which may include raising their home.

2. To improve drainage in multiple areas.  We will use those funds, plus our own tax dollars to expand and expedite our Capital Improvements Plan to provide better drainage in areas known to flood.

Q: Do you favor rebuilding houses and businesses in areas that continue to be affected by flooding, or should the city work with the owners and the state/federal government to buy out and relocate those properties?
Many residents do not want to leave their neighborhoods.  They prefer to rebuild because for many, 2015 was the first time they were flooded. There are some who prefer a buyout and the city will need to see the full financial impact before making a decision.  That includes identifying funding that may be available from other entities. In order to buy out a home, there must be a value placed on that home and it may not be enough to purchase a similar home elsewhere. In addition, [The Federal Emergency Management Agency] has strict rules and regulations for what can be rebuilt, which structures must be raised, etc. In summary, the final decision is likely to be a mixture with the possibility of buying out a few homes in the areas of the worst flooding, with a likelihood of repeat flooding.

Q: What solutions do you have for the city to lessen the effects of flooding in the future?
We will use the federal dollars to improve drainage in flood prone areas. Our consultants have identified a number of projects where making drainage pipes bigger will help drain more floodwater and faster. The have also found a number of drainage channels that we can widen and/or deepen, to carry more floodwater. In addition, we have already made changes to our codes so that new development is less likely to cause flooding for others.

Q: Should the city go to single member districts so all parts of the city are represented equally?
In my nine years of experience [on City Council], council members have considered all geographic parts of our city when deliberating on funding various projects. Some of us have lived in different parts of the city and are aware of issues in multiple areas. We all listen to our residents.  We go to meetings about neighborhood issues. I’ve been an active member of the Council of Neighborhood Associations for many years, attending most meetings.  Issues affecting all neighborhoods are discussed. I have concerns that if the city were to have single member districts, splitting the city geographically, that council members might not pay as much attention to districts other than their own.