Your guide to the 2018 San Marcos city election candidates 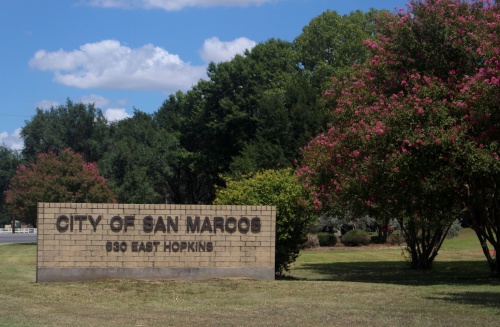 UPDATE 10/11: See Q&As for all San Marcos candidates as they are published here: https://communityimpact.com/section/vote/

In November, San Marcos residents will be able to vote between several candidates for three City Council seats and the mayoral seat.

Early voting and Election Day polling sites for the November 2018 elections were approved by Hays County commissioners Aug. 7, with some location changes and extended hours at some sites to address a growing population.

He is a pastor and the founder and president of the Foundation of Youth, Civil Rivers, Law and Government. He previously ran unsuccessfully for the City Council in 2016 and the San Marcos CISD school board in 2017.

John Thomaides is running for re-election as the mayor of San Marcos.

He was elected as the 45th San Marcos mayor in December 2016. Thomaides previously served as a City Council member beginning in 2003.

Mark Rockeymoore is seeking nomination for City Council Place 4 in this upcoming election.

Currently and for the past three years, he has served as an instructional assistant for the FOCUS Program at San Marcos High School, working with challenged populations that need guidance and aid in navigating academic and social environments.

Scott is a local businessman and previously ran unsuccessfully for a seat on the council in 2016.

Spell has served on the San Marcos Neighborhood Commission, the Historic Preservation Commission and Open San Marcos, a pro-transparency organization.

Gleason has served on the San Marcos Planning and Zoning Commission, the Neighborhood Commission and Capital Improvement Task Force.

He currently teaches a number of undergraduate and senior-level courses.

For the past 10 years, Marquez has been a graduate research assistant in chemistry labs at The University of Texas-Pan American, the Biotechnology lab at the Texas A&M University-Kingsville Citrus Center and Texas State University.

Arredondo has served on the San Marcos CISD Board of Trustees since May 2015. He also serves on the board of United Way of Hays and Caldwell Counties and Centro Cultural Hispano de San Marcos.