14 transportation projects to know in Round Rock, Pflugerville and Hutto in July 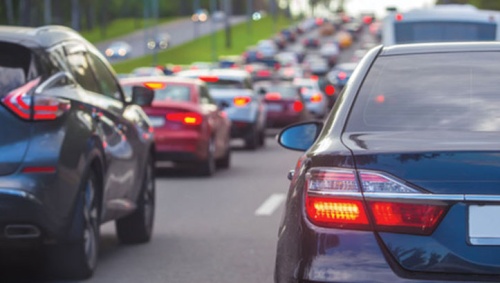 1. Railroad quiet zones
Construction includes both city of Round Rock and Union Pacific railroad work at street and railroad crossing intersections. The crossings are being brought up to compliance with federal standards regarding quiet zone requirements. The crossings are electronically controlled by the train, which triggers traffic signals and clears the tracks of motorists. Union Pacific has installed signals at A Burnet Street and B St. Williams Street, though both are currently inactive.

Timeline: the city’s portion of the construction will be completed in the fall with Union Pacific continuing work after that

2. McNeil Road extension, Phase 2
The project acts as a bypass for downtown Round Rock, allowing traffic to flow more smoothly, reducing travel times and accidents. Phase 1 of the project, which extended McNeil Road to Lampasas Street, is complete. Phase 2 of the project will extend the roadway from Burnet Road to Georgetown Street.

3. RM 620 expansion
The city of Round Rock and the Texas Department of Transportation are partnering on the RM 620 project, which will feature improvements from Deep Wood Drive to I-35 to improve safety and mobility within the area. The project will add frontage road lanes as well as construct a bridge over the railroad crossing at Chisholm Trail Road and add a roundabout underneath the bridge. To help maintain access to businesses and residential spaces in the area, access roads will be built between Lake Creek Drive and Chisholm Trail Road. A second bridge has been proposed to carry RM 620 traffic over Lake Creek Drive.

7. Hwy. 79 crossing
The city of Hutto is in the process of creating a way over or under Hwy. 79 as a means to connect the northern and southern sections of the city. Preliminary plans show the connector located between CR 132 and CR 134 near Hwy. 79. The overpass/underpass would connect to CR 132 north of Hwy. 79.

9. I-35 improvements from Hwy. 79 to SH 45, northbound
The project includes new braided ramps along the northbound I-35 main lanes constructed between Hesters Crossing and RM 620 to help reduce merging conflicts. A third left-turn lane has been constructed for westbound Hwy. 79.

Status: the northbound I-35 paving project is expected to be completed by the end of June
Timeline: July 2016-mid-summer 2019
Cost: $28.1 million
Funding sources: TxDOT

1. Weiss Lane improvements
The project is designed to widen Weiss Lane from Wilbarger Creek to Cele Road from two lanes to four along with curb, gutter and drainage improvements. The southernmost section running from Wilbarger to East Pecan Street will also be reconstructed as a two-lane highway with shoulders included. The project also includes reconstruction of all bridge structures.

2. Pfennig Lane widening and reconstruction
The project will reconstruct and widen Pfennig Lane to a three-lane highway with curbs and gutters running from Rocky Creek Drive to Justice Center Drive. The new configuration includes one lane running in each direction along with a two-way left-turn center lane. Pfennig is reduced to one lane of westbound traffic for the duration of the first phase of the project, with eastbound traffic detouring through East Pflugerville Parkway and FM 685.

4. SH 130 widening
Crews are working to widen the existing main lanes and bridges of SH 130 to add a third lane in both the northbound and southbound directions between SH 45 N and Hwy. 290 East.