7 transportation project updates to know for June in Northwest Austin 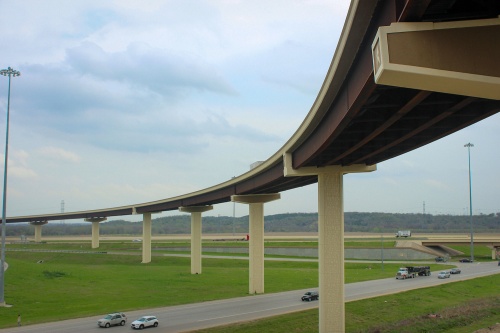 The Texas Department of Transportation is paying $42 million for one flyover. I-35 construction
The latest construction activities include relocating and upgrading utilities between Rundberg Lane and US 290 East. Drivers can also expect closures at Powell Lane north of the US 183 interchange.

Spicewood Springs Road upgrades
Staffers are almost finished with the draft preliminary engineering report and plan to share recommendations with the public this summer.

The report was delayed to allow for more time to survey the project limits for potential historical artifacts as well as to complete additional traffic modeling at the intersection of Loop 360.

The report will identify improvements for the two-lane roadway from west of Mesa Drive to Loop 360. Bike lanes on Cedar Bend Drive
The city of Austin is proposing to add bike lanes on both sides of the roadway between MoPac and Metric Boulevard and restrict on-street parking to the north side only.

SH 130 widening
Progress has resumed on the SH 130 widening project. TxDOT will add a third lane in each direction between SH 45 N and 290 Toll. TxDOT expects to seek bids to add the third lane between 290 Toll and SH 71 in late June, and the bid could be approved by the Texas Transportation Commission a month after the project is sent out for bids.