What’s under construction at The Domain? Four buildings called Domain Towers I-IV are proposed to be built near the IBM building in the southeast section of The Domain.

More and more office construction continues throughout The Domain in North Austin as companies set their sights on expanding to or growing in Austin.

Tower after tower has broken ground over the past several years, and that is not expected to stop any time soon based on proposed plans by area development firms. Here’s a look at what is under construction now and being proposed.

Domain Tower: Construction wrapped in 2018, and the 11-story, 310,000-square-foot building is occupied by Indeed.com.

Domain Place: The five-story, 40,000-square-foot building will be available in October. Leasing is still underway for tenants needing smaller footprints.

Domain 9: The 18-story, 333,000-square-foot building is fully designed and permitted but has not yet begun construction.

Domain Tower II: A sister building to Domain Tower, it could have 345,000 square feet of space, according to city documents. The project is in permitting.

Domain Tower III: The building could have 340,000 square feet of space and is in permitting, according to city documents. 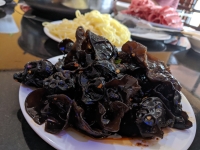 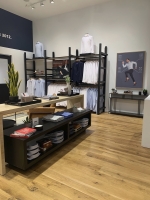