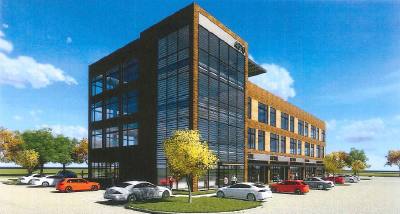 Here are five projects under development in Cedar Park and Leander.

Lost Woods Preserve
An approximately 69-acre development called Lost Woods Preserve is planned to include 227 single-family lots, two lots of parkland and an amenity center, according to Leander city documents. The development is located southwest of the intersection of CR 175 and Journey Parkway. Houses will be built on 50- and 60-foot lots, according to Stephanie Redding, a spokesperson for developer M/I Homes of Austin.
Timeline: summer 2019-January 2020
Size: 69 acres

Michelle Commercial
Retail and office spaces are planned for about 9 acres of land north of the intersection of W. Metro Drive and US 183 on the west side of US 183, according to Leander city documents. Bill Pohl, president and owner of real estate company Pohl Partners, said the development will feature 35,500 square feet of office space and 12,000 square feet of retail space.
Timeline: August 2019-August 2020
Size: 9 acres The development located at 14661 Ronald Reagan Boulevard, Leander, will feature attached town houses. The development can have a maximum of 140 units, but topography and engineering studies will determine the final count, according to Kelsey Stone, vice president of operations for developer Bad Devl.

The town houses could have two-, four- or eight-unit configurations with architecture inspired by historic Charleston and Texas farmhouses, according to Stone. The project also plans to have a trail connection to Block House Creek Trail, giving it access to the future Lakewood Park.
Timeline: to be determined
Size: 16.4 acres iSports
The iSports Training and Performance Center will break ground May 22. Phase 1 of the center features a private gym, a bar, family entertainment, performance training and sports medicine, according to Josh McKay, development coordinator for Perardi Development. The space will allow for public skating, hockey games, figure skating and curling. Indoor and outdoor turf fields for soccer, football and other sports will also be available.
Timeline: May 2019-June 2020
Size: 206,000 square feet (Phase 1 only) Cedar Park Fire Station No. 5
Fire Station No. 5 in Cedar Park is a 13,250-square-foot facility that houses both the Cedar Park Fire Department and Williamson County Emergency Medical Services. The station is located at 1501 Cottonwood Creek Trail. Construction began in 2017, and a grand opening was held May 3.
Timeline: September 2017-May 2019
Size: 13,250 square feet