City Council candidacy filing opens and 4 other things to know this week in Georgetown, Jan. 22-27 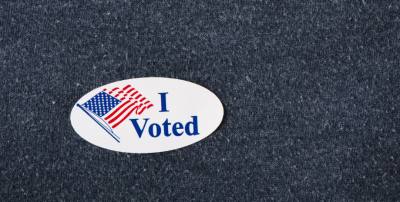 Briana Andor will run against Darrell Hale in the March Republican primary election.

Here are some news items to know this week in and around Georgetown.

Georgetown residents living in City Council districts 1 and 5 have until Feb. 16 if they wish to apply to run for council seats in their respective districts. Both positions on the council will be up for election May 5. Early voting will begin April 23 and continue until May 1.

Meanwhile, members of the City Council are set for final votes on several ordinances Tuesday. One ordinance involves a proposal to rezone about 72 acres of property at 250 Westinghouse Drive, Georgetown, from a business park district to a planned unit development district. The proposed PUD district, called the Summit at Westinghouse, would include commercial and multifamily development. The council is also expected to decide on an ordinance that would close the intersection at West Majestic Oak and Apache Mountain lanes to vehicle traffic. The council meeting begins 6 p.m. Tuesday at 101 E. Seventh St., Georgetown.

Last week, Williamson County Commissioners Court gave the ok for county sheriff's deputies to appear on “Live PD,” a reality TV show on the A&E network that follows local law enforcement. “Live PD” is unique in that it is aired nearly live, with some portions having only a 10- to 25-minute delays between the time they occur and the time the scenes appear on the show. Read more here.

The Austin area was one of 20 finalists announced last week by Seattle-based online retailer Amazon for locations the company is considering for its second headquarters, known as HQ2. Amazon will work with each finalist location to further examine their proposals. A final decision is anticipated this year.

Texas Gov. Greg Abbott last week unveiled a plan to “rein in skyrocketing property taxes” in the state by preventing cities, counties and school districts from collecting more than 2.5 percent more in property tax revenue than they did in the previous year without voter approval. Read more here from our partners at The Texas Tribune.