4 Georgetown transportation and mobility projects to look for in 2018 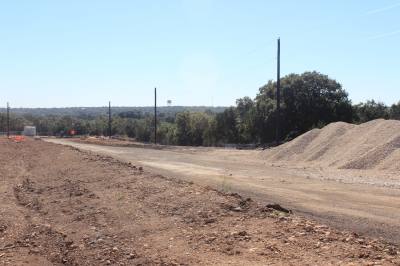 Georgetown, TxDOT, Williamson County and the city of Round Rock are funding a project to widen and realign FM 1460 from Quail Valley Drive in Georgetown to just north of University Boulevard in Round Rock. A new segment of FM 1460 opened in September between Inner Loop and Quail Valley in Georgetown. TxDOT is overseeing construction of the rest of the $34.7 million project. The realignment brought a road name change to addresses along the 800 block through the 1500 block of FM 1460. Timeline: February 2016-spring 2018.

The city will expand Airport Road near the Georgetown Municipal Airport to give the roadway five traffic lanes between Lakeway Drive and Aviation Drive, including two northbound and two southbound lanes as well as a center turn lane. The project is designed to relieve congestion on Airport, improve traffic flow at the intersection of Airport and Lakeway, and accommodate anticipated future economic growth in the area, according to the city. Engineering and environmental work for the $4.7 million project, funded by the city of Georgetown, was completed at the end of 2017. Timeline: construction anticipated to start in 2018.

Georgetown and Williamson County are overseeing construction of a new arterial roadway that will extend from D.B. Wood Road to I-35. Work on the Southwest Bypass is occurring in stages. An $18.3 million northern segment is expected to finish in early 2018. The $19.8 million southern segment, which broke ground in August 2017, will be complete in early 2020. Timeline: 2016-2020.

The Texas Department of Transportation is repaving all lanes of Hwy. 29/University Avenue in Georgetown between I-35 and Inner Loop. The project involves a new pavement overlay that will be completed using a “hot-in-place” pavement recycling technique that grinds worn asphalt and combines it with new asphalt for a fresh road surface. Timeline: August 2017-April 2018.