Memorial Day weekend in Central Texas: A guide to events in the area 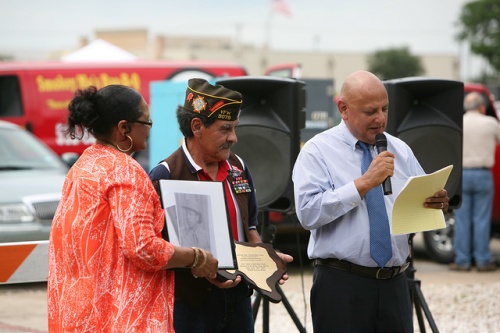 It's officially summer in Central Texas, and there will be plenty of sunshine and heat approaching for Memorial Day. Check out some of the events happening around the area this weekend.
Round Rock
Friday
Dedication ceremony for new Veterans Memorial Garden at Seton Medical Center
James Geracci, Seton Medical Center Williamson chief medical officer and retired colonel, will be the keynote speaker and Regional President Kate Williamson will cut the ribbon. The garden will recognize the sacrifices U.S. military members have made for their country.
3 p.m. Free. 201 Seton Parkway, Round Rock Lakeway
Friday
Lakeway Memorial Day Ceremony
The annual ceremony brings together the Standing Military Committee, members of the Lohmann’s Ford Chapter of the Daughters of the American Revolution, the Lakeway Police Department Color Guard, the Lakeway Sing Along Choir and the Lakeway Heritage Commission to present a service remembering the fallen. This year's guest speaker will be Bryan Degner, director of education at the National Museum of the Pacific War. 11 a.m. Free. Emmaus Catholic Parish, 1718 Lohmans Crossing, Lakeway. www.lakeway-tx.gov Austin
Thursday-Sunday
Hot Luck Fest
The event from Franklin Barbecue's Aaron Franklin, Mohawk owner James Moody and Feast Portland's Mike Thelin features food and music all over Austin throughout the weekend. The main event is  "Al Fuego," which takes place Saturday at Wild Onion Ranch and features chefs from local favorites, such as Dai Due, Contigo and Easy Tiger. https://hotluckfest.com/ Sunday
Author Dave Gutierrez, "Patriots from the Barrio" book signing and lecture at Camp Mabry
Gutierrez's book tells the story of Company E 141st Infantry, a Mexican-American unit of the Texas National Guard that led the invasion of Salerno, Italy, in 1943. 12:30-1 p.m.
texasmilitaryforcesmuseum.org

Monday
LBJ Library offers free admission
The library and museum are open from 9 a.m. to 5 p.m. on Memorial Day and will offer free admission throughout the day.

Through January, the LBJ Library is currently featuring an exhibit called "Get in the Game: The Fight for Equality in American Sports," which examines the intersection of social justice and sports through the eras of athletes, such as Jessie Owens, Jackie Robinson and Billie Jean King through today. Admission is normally $10 for adults. www.lbjlibrary.org Monday
The Hell Yes Project Olympics at the ABGB
The Austin Beer Garden Brewing Company donates 5 percent of its profits to nonprofit partners through its "Hell Yes Project."

On Monday, the ABGB will invite some of those partners to compete for a $1,000 grand prize. Events include a water balloon toss, cornhole and a live band karaoke contest judged by the crowd. Competing nonprofits include Austin Pets Alive!, Health Alliance for Austin Musicians and Austin Habitat for Humanity. https://theabgb.com/event/hell-yes-project-olympics-memorial-day-party/