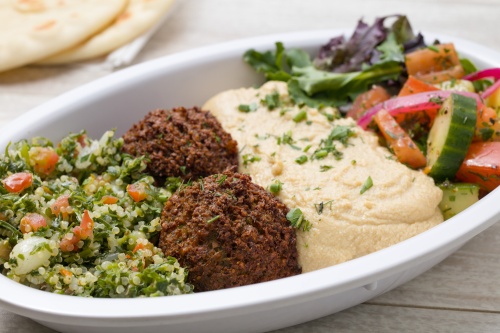 Central Austin's newest dining spots include a Mexican restaurant from a San Antonio chef, a Colombian coffee and tapas cafe and a pizza place that serves a "gold truffle" pie. This bar opened March 18 at 704 W. St. John's Ave., Austin, in the space previously occupied by Royal Jelly. Owned by Will Tanner of Hole in the Wall and Stay Gold, the lounge features craft cocktails and beers along with a food menu and an extensive vinyl library. www.thelongplaylounge.com

This fried chicken restaurant opened at the end of March at 2416 Guadalupe St., Austin, in the space previously occupied by a location of hot dog spot Frank. This is the first U.S. location for Left Wing, which operates locations in South Korea, according to its website. 512-798-3675. www.leftwingbar.com

This Tex-Mex restaurant from San Antonio chef Jason Dady opened Jan. 17 at 214 W. Fourth St., Austin. It is open until 2 a.m. on Friday and Saturday evenings. Dady's other restaurants include Tre Trattoria at the San Antonio Museum of Art and oyster spot Shuck Shack. 512-551-2554. www.chispasaustin.com This family-owned business opened March 20 at 3842 S. Congress Ave., Austin. It serves coffee, baked goods and tapas and has a drive-thru. 512-825-0738. www.plazacolombiancoffee.com