A year of local businesses: 10 Central Austin profiles from 2018 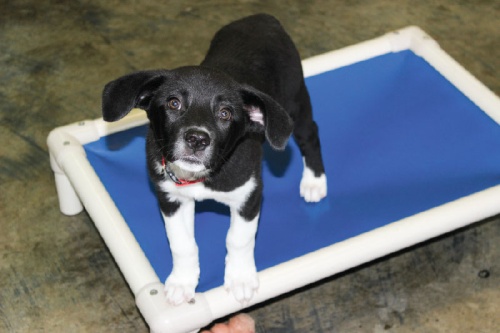 Each month, Community Impact Newspaper features a local business—from gymnastics studios and tour companies to dog day cares and custom boot makers. Here are the 10 spots we profiled in 2018. For 10 years, this local children's gym has focused on skill building in a fun—rather than competitive—environment. Students develop upper body strength, confidence, discipline and goal-setting abilities. Since 1987, this nonprofit has produced a free summer musical for Austinites to enjoy—from classics like "The Wizard of Oz" to innovative shows like last summer's "All Shook Up," a reimagining of Shakespeare's "Twelfth Night" set to Elvis songs. When Meagan Fritts started her own tour business, she knew the stereotype she had to overcome: Tour guides were supposed to hold a clipboard and drone in a monotonous voice about obscure city facts to a stuffy crowd of visitors. “I vowed when we got going, it was always going to be—if you were my friend and came to visit me in town, would I take you to this place?” After raising their own pets for 20-plus years, native Texans Sonya Wilson and Tim Smith decided to leave their corporate jobs and open their own business. Southpaws Playschool, a dog day care, opened in South Austin in 2002 and has since expanded its services and staff. Mike Sewell and his wife, Veronica, have owned Shoal Creek Nursery for the last 13 years. Before they bought the store, they owned a wholesale nursery in Louisiana and had their eye on a shop in Austin. In the years since the Sewells have owned the store, their business has grown along with the population in the metro area. Since opening Blue Moon Glassworks, Jim Berry has seen the local glass scene shrink. Less than a decade ago, he said, there were half a dozen retail stained glass stores in Austin. “They’re all gone now,” Berry said, attributing his success to his diverse class offerings. “We’ve got so many other things going, so if one thing, like flamethrowing, slows down, then mosaics pick up,” he said. Brad Fortney said he sees himself as part shop owner, part museum curator. The owner of Fortney Home, which will relocate to Nagadoches in early 2019, said if his store was a museum exhibit, the theme would be “wonderful finds,” including everything from giraffe and gorilla figurines greeting customers outside to steer skulls mounted on the walls. Five years ago Austinite Eli Winkelman opened Craft, an open studio where customers can drop in, make art, host parties and unwind. “The basic idea is ‘everybody’s craft room.’ So when you want to make something, instead of going out and buying a bunch of stuff you don’t need, you can come here, and it’s $10 an hour to use our stuff,” Winkelman said. “That way you avoid the burden of going to the art store to buy a hundred googly eyes in a package when you only need two.” Jerry Ryan has run Heritage Boot along with his wife, Patti, since 2007. The spot is one of many boot stores around the city, but the Ryans say each individual shop has its own niche of customers. Heritage Boot appeals to those who are looking for a hand-designed boot and will pay for the quality. Heritage Boot prices range between $450 and $1,300 for a pair, according to the store’s website.