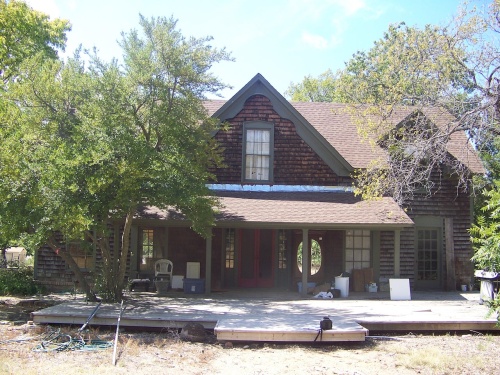 Located off Windhaven Parkway, the Collinwood House was built in the mid-1800s.

The city of Plano has approved millions of dollars in funding for an expansive park that will be located at the longtime site of the historic Collinwood House.

Plano City Council on Monday approved a $10.5 million expenditure to construct Windhaven Meadows Park, a project approved by voters in bond referendums in 2009 and 2013 but whose progress was delayed in part by disputes over the fate of the historic building on the site.

The council on June 25 approved moving the 19th-century home from its existing site southeast of the intersection of Windhaven Parkway and Willow Bend Drive to a nearby property owned by the Haggard family. The city would pay Haggard Enterprises $250,000 to relocate the structure—the amount of money that had been set aside for the demolition of the building after voters in 2017 did not approve a bond measure to renovate and preserve the building at its current site.

Windhaven Meadows Park is expected to include an all-abilities playground, among other amenities.