A chance to give feedback on the city's proposed budget, Texas Instruments eyeing North Richardson campus for its new manufacturing plant and 4 more things to know this week, Aug. 27-31 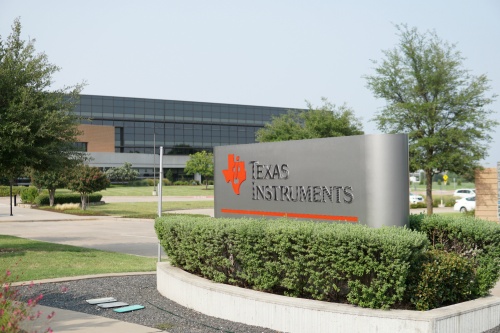 A public hearing on the city's proposed fiscal year 2018-19 budget will be held Monday at City Hall. Here are a few other news items to keep in mind this week. "We are anxiously awaiting direction and input from our citizens," Council Member Bob Dubey said. "We have a lot of thoughts and ways to look at things but we are willing to listen." Nicole Bernard, a spokesperson for the Dallas-based technology company, confirmed the Richardson location is one of several sites the company is considering as it looks to increase its manufacturing capacity. Officials did not disclose the other potential locations.
Texas Instruments owns and operates an existing manufacturing facility in north Richardson that falls within PISD boundaries, located at 300 W. Renner Road.
In its application, the company said construction could begin on the property in 2019, with commercial operations beginning in the first quarter of 2022. The proposed tax rate would increase the maintenance and operations portion of the total rate from $1.04 to $1.17 per $100 property valuation, the maximum allowed by the state. The total tax rate of $1.52 also includes 35 cents to fund the district’s debt services.

According to state law, any operating tax rate set above $1.04 requires voter approval. The board voted 6-1 to adopt a new tax rate and call for a Nov. 6 election. Richardson on track to achieve goal of leasing 1 million square feet of office space this year
Office space in Richardson is leasing at an accelerated pace, according to data provided the city’s Economic Development Partnership.

By the end of July, the partnership had logged 776,403 square feet of office space leased to companies such as Raytheon, Associa, Genpact and Steward Health Care, according to John Jacobs, executive vice president of the partnership.

At the start of 2018, the partnership set its sights on 1 million square feet of office space leased by the end of the year. Jacobs said the annual averages of 400,000 square feet in 2016 and 2017 cast some doubt over the ability to achieve this goal, so the partnership was pleased when January through July numbers showed the city was 268 percent ahead of its year-over-year totals.