Council member refuses to resign and a new Oak Point Park project: 5 things to know this week in Plano, Feb. 19-21 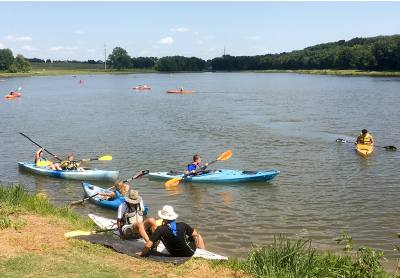 As early voting for the March primary elections begins Tuesday, here is a list of things to keep you informed this week in Plano: Plano City Council Member Tom Harrison said Sunday he would not resign from his seat despite requests from the public and his fellow council members.

Harrison has been under fire after sharing a video on his personal Facebook page Feb. 13 depicting students wearing hijabs while working at their classroom desks with the caption, “Share if you think Trump should ban Islam in American schools.”

In a special called meeting Sunday, the council voted to censure Harrison 7-1, with Harrison dissenting.

2. Water may taste different in the next few days

The city of Plano announced Monday the North Texas Municipal Water District would begin maintenance Feb. 26 that might affect the taste and smell of residents’ tap water.

The 28-day-long maintenance will help conserve water in the warmer months, according to a city news release.

A fact sheet provided by the city regarding water system maintenance is available here.

3. Superintendent candidates will be interviewed Wednesday

The Plano ISD board of trustees will meet in closed session Wednesday to interview candidates for the district’s superintendent position.

According to the timeline announced by board President Missy Bender, the board will review applications and select the applicants to interview Tuesday.

A finalist for the position could be identified as early as March 6, Bender said at a previous meeting.

The board will meet at 2 p.m. Wednesday at the Plano ISD Administration Building, 2700 W. 15th St. The Plano Planning and Zoning Commission will consider site plans for a plot of land at the Oak Point Park and Nature Preserve that could add additional parking, a playground and new pavilion areas.

The planning and zoning commission will also consider new plans for a 320-unit multifamily apartment to be built at the Heritage Creekside development in southern Plano.

The Planning and Zoning Commission will convene at 7 p.m. Monday at the Plano Municipal Center, 1520 K Ave. Registered voters will be able to head to the polls for early voting Tuesday. The early voting period will last through March 2, and election day is on March 6.

See the map below for polling locations in Collin County.