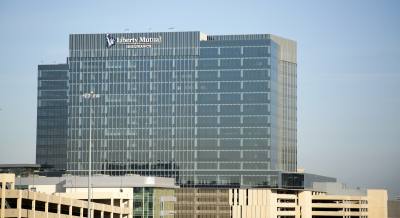 The corporate giants staking their claim in Plano’s Legacy West business corridor are pulling out all the stops in their efforts to recruit and retain the top talent in their respective industries.

Massive courtyards, on-site coffee shops and fully outfitted fitness centers are just a few of the amenities awaiting employees as they join the ranks of thousands of workers relocating to brand-new office facilities in Plano.

“We want to bring the top talent to our company, and one way to do that is to have the facilities and the enablement that allows that productive environment to be there,” said Don Perez, the executive director in global real estate at JPMorgan Chase & Co. “It wasn’t by chance we chose this area of town—it’s all part of the atmosphere of work-live-play.”

JPMorgan is not the only company with retention on its mind. Toyota Motor North America, which has brought employees from other states, has allocated space and money to supply attractive amenities at its expansive 100-acre campus.

“The productivity, the satisfaction, the retention are all things that we are concerned about,” Toyota spokesperson Karen Nielsen said. “Making it a good place to work is definitely attractive to current employees as well as future ones.”

Toyota looked to other successful corporations for inspiration when deciding which amenities to offer employees, Nielsen said. During the initial construction and planning phases, Toyota tasked a team with finding what makes other successful business campuses thrive.

“There was a crew that traveled to other successful companies and studied their best practices, so that they could incorporate some of those features that would contribute to those issues of satisfaction and productivity and retention,” Nielsen said. “All of those things were carefully considered before choosing the amenities here.”

Alternatively, JPMorgan looked internally when designing its campus, said Brad Carbo, a senior vice president at Jones Lang LaSalle, a firm that managed the development of the campus. He said developers used surveys sent out to JPMorgan employees to determine which amenities to offer.

“[JPMorgan] has got millions of square feet globally of real estate, and they are constantly doing remodels or new builds, such as this campus,” Carbo said. “At any given time, they can … see what they did and see what’s working and what’s not working.”

The movement away from large office spaces divided into cubicles has had a significant effect on employee productivity, said Aimee Graman, manager of Regional Team Member Services at Toyota.

Having previously worked at J.C. Penney Co.’s headquarters, Graman said the increase in amenities offered by employers to their employees signifies a shift in workplace culture.

“It really is amazing to see how the focus on the 50 percent collaboration, 50 percent workspace is really effective,” Graman said. “You see it just walking down to the convenience store. People are utilizing that open space, and it is refreshing and definitely adds to productivity.”

While Toyota is currently home to 4,100 employees, JPMorgan is still working on constructing the third of its three buildings, with a projected 6,500 employees due to be in place by September 2019. Among JPMorgan and Toyota stand Liberty Mutual, FedEx Office and NTT Data—all offering their own unique amenities to the ever-expanding workforce in Plano. “The campus will be home to nearly 5,000 employees, who are scheduled to start moving in January 2018,” according to a company release. Toyota Motor North America
Amenities include:
—11 dining sites, including a 24/7 Japanese-themed market and occasionally catered meals
—Free coffee and tea to all on campus
—Convenience store operated by Walmart
—Credit union operated by Unify
—On-site car wash
—An outfitter where people can obtain Toyota merchandise
—A 22,000-square-foot fitness facility with a rock-climbing wall and fitness classes
—Massages and personal training will soon be offered to employees for a fee

Toyota’s campus is Platinum LEED certified—the highest ecological certification a building can receive. It is outfitted with a 400,000-gallon capacity for rainwater storage, solar panels supplying 33 percent of daily electric needs as well as landscaping and plants indigenous to North Texas. In one of the largest leasing agreements of the year, NTT Data announced in December that it would lease 200,000 square feet of office space at the Campus at Legacy West, where J.C. Penney Co. still offices.

350,000 total square feet is leased between One Legacy West and The Campus at Legacy West. Don Perez, an executive director at JPMorgan, said he thinks one of the most attractive amenities offered at the new Plano campus will be its Main Street, which will act as “the heartbeat of the whole campus.”

“This is going to invite a very social environment and a workable, productive environment for our workforce,” he said.