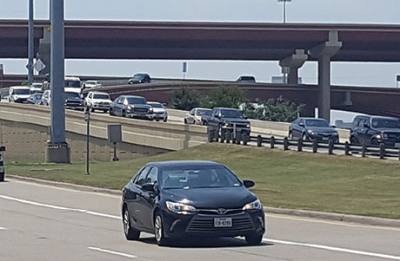 Traffic along the President George Bush Turnpike will be diverted for a fallen officer's funeral procession Feb. 13.

The North Texas Tollway Authority said in a news release drivers can expect delays to last an hour or more. An NTTA spokesperson said in an email drivers should monitor traffic reports and avoid traveling between 4-6 p.m.

Traffic control will only affect the eastbound lanes, the spokesperson said.

The procession for fallen Richardson Police Officer David Sherrard is scheduled to span from US 75 to Miller Road along PGBT.

Editor's note: This story has been updated to include a time frame for the closures and details about which directions of traffic will be affected.
SHARE THIS STORY