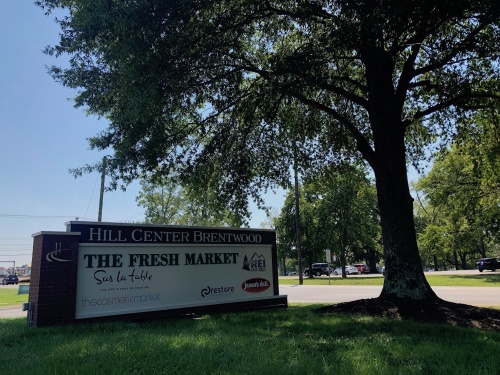 Four new tenants have been announced for the Hill Center development between 219-235 Franklin Road, Brentwood, according to a press release.

Three of the new tenants are slated for inclusion in Phase II of the development, which is still under construction. Health and beauty companies Clean Juice; Drybar; and Pure Sweat + Float Studio will join Cyclebar, a bike gym that opened Sept. 3 in Phase I, according to the release.

Pet goods retailer PetPeople will open its second store in Tennessee in the original part of the Hill Center in early 2020.

“We welcome these new retailers to the Hill Center family,” said Jimmy Granbery, chairman and CEO of H.G. Hill Realty Company, which manages the property. “Our expanded health and wellness offerings, along with additional parking, provide increased amenities to the center’s employees and the community at large.”

A new parking garage is now open at the development as well, according to the release. A 148-room AC Hotel by Marriott is planned as part of Phase II.

When fully developed, the Hill Center will total about 600,000 square feet, the release said.