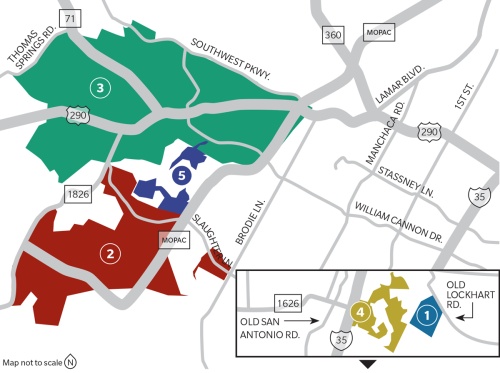 
Students at the Wayside: Altamira Academy charter school have a new playground that includes a rope wall, a slide, a climbing dome and a zip line. More than 100 members of the community joined volunteers from General Motors Co. and KaBoom!, a nonprofit that promotes children’s play, on Dec. 1 to put the playscape together.

The paper won a Pacemaker award and received a second-place Best In Show award, according to a news release by Dispatch copy editor Rachel Baschnagel. Violet Glenewinkel, a 2018 Bowie graduate and former Dispatch editor-in-chief, was named writer of the year for her work during the 2017-18 school year. 
The new fire and emergency medical services station at the northwest corner of FM 1626 and Old San Antonio Road is nearing completion. According to Austin Public Works spokesperson Matthew Hart, the station, which was scheduled to be finished this fall and will serve the Onion Creek neighborhood and surrounding areas, should be completed “in very early 2019.”


Mills Elementary School student Sam Thyng won the grand prize in Uncle Ben’s 2018 Ben’s Beginners Cooking Contest, receiving $30,000 for a cafeteria makeover for the school and $15,000 for his family. The winning recipe was for Thyng’s Creepy Calzones. The school held an assembly Dec. 4 to announce Thyng as the winner.