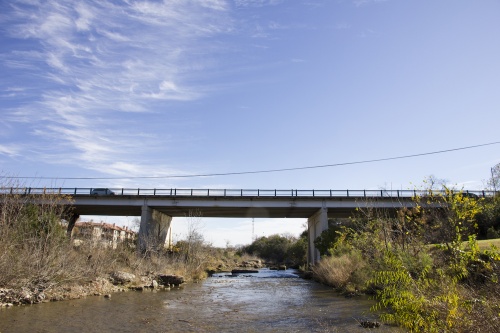 Georgetown officials have been considering plans to repair the Austin Avenue bridges since 2016.

Here are some things to know this week in Georgetown.

Georgetown City Council will consider a preferred city staff recommendation Tuesday that would rehabilitate the Austin Avenue bridges north of downtown and add a new pedestrian bridge just to the east of the original span.

The recommendation, estimated to cost between $7 million and $10 million, is one of three options favored by the Texas Department of Transportation and the Texas Historical Commission.

Council members will decide whether an environmental assessment of the staff recommendation should move forward. Georgetown officials have been considering plans for the bridges’ future since 2016.

The long weekend ahead means city offices and facilities will close for Labor Day. Recycling and garbage collection will continue uninterrupted during the holiday.

County commissioners are scheduled for a final vote Tuesday on the county’s fiscal year 2018-19 budget.

County staff recommended a budget Aug. 7 that totaled about $185 million. Since then, commissioners have boosted funding for various offices and projects, including $6.62 million for new positions and voting machines approved last week.

A home in the GISD boundary at average market value $325,538 would be on the hook for an additional $185.25 in taxes next year, according to the district.

With last week’s filing deadline, voters in Georgetown now have a better idea of local propositions will appear on ballots Nov. 6.

GISD voters will decide a $166 million school bond package that includes funding for two new elementary schools and a separate proposition for a new swimming facility.

Georgetown voters will also decide if a quarter-cent sales tax that pays for more than half of the city’s street maintenance will continue for another four years.