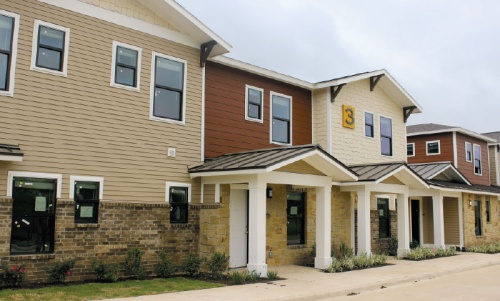 South Austin lacks affordable housing options
The need for affordable housing—in which gross housing costs amount to no more than 30 percent of a household’s income—outpaces availability citywide, said Jonathan Tomko, principal planner with the city of Austin. Renters and homeowners in Southwest Austin are especially pinched. Affordable rentals are scarce west of I-35, and affordable homes to buy are increasingly concentrated in the northeast and southeast parts of the city, he said.

“The old rule of thumb used to be drive out of town until you find a [less expensive home to buy],” said Walter Moreau, executive director of Foundation Communities, a group that manages 20 affordable housing communities in the Austin area, currently serving around 6,000 residents. “But you have to add in the cost of transportation. The real impact is the length of your commute. Which is an argument to build affordable housing everywhere.”

Other factors in affordable housing include access to jobs, health care, transportation costs and more, Tomko said. The city provides information, maps and a listing of affordable units on its website. According to numbers from company Apartment Data Services, which analyzes the multifamily housing industry, the South Austin area includes 103 apartment communities with 26,577 total units. About 5,750 of those units have been constructed since the start of 2015, with more still on the way.

Rental rates in South Austin ZIP codes have shown slight seasonal fluctuations since summer 2015. While average rent prices have generally increased from March through July and decreased in the winter months, average annual growth is only at 0.4 percent, the data shows.

Apartment Data President Bruce McClenny said the Austin area as a whole is seeing this trend in fluctuating rental prices.

“It’s kind of like you’re sailing a sailboat where you’re tacking, you’re going out and coming back,” he said. “As an operator, you’re testing if you can get these rents, so you might pop them up a bit but you might bring them down next month because people responded to that rent increase.”

McClenny said rents have not changed much in the last two years because of the number of apartment units coming online. According to Apartment Data, three out of the past four years have seen more than 11,000 units added to the Austin area market annually. McClenny said the area market tends to operate better at delivering only 7,000 units per year.

“There’s just been too many units delivered, so there’s been an oversupply of units,” he said. “So when that happens, the prices go down or stay flat. Which is a good thing for renters.”

This summer, however, rents metro wide have increased more than in recent years, the data shows. In South Austin, July rent rates are the highest they have been in three years.

McClenny said seasonal fluctuations should continue with rents settling down as winter approaches and more expected new units come online later this year. However, the summer trend could be a sign of rising prices in the future, he said, something local renters should keep an eye on in the coming months. November vote on CodeNEXT approaches
A Travis County judge ruled on July 16 that  Austinites will vote in November whether they feel citizens should have voting power over land-development code rewrites.

Before adjourning for its July recess, City Council was putting the final touches on  CodeNEXT, Austin’s project to overhaul its land-development code.

In March, the city clerk received a valid petition signed by more than 31,000 Austinites demanding CodeNEXT’s fate depend on a public, not City Council, vote.

The July ruling against the city puts voting power on the November ballot. If residents vote in favor, then it is likely citizens will vote on final approval of CodeNEXT in 2019.

The project began in 2013 as a follow up to Imagine Austin, the city’s 30-year comprehensive plan that laid out how Austin would manage its unprecedented growth into the future. Over the course of five years, the $8.5 million project has drawn sharp political lines between Austinites who favor the preservation of the city’s existing neighborhood character and those who advocate for additional housing density to address growing demand.