West Lake Hills Council rejects all offers for 110 Westlake Drive, will issue a new RFP for residential proposals only 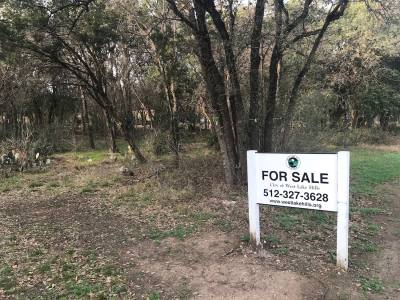 At Sunday's West Lake Hills special town hall meeting to discuss proposals submitted for the city's 110 Westlake Drive property, developers were given an opportunity to present their proposed projects for the first time and residents voiced concerns about developing the property.

City Council moved to reject all offers it received for the property. However, council also moved to organize a new request for proposals that will only allow proposals for residential uses, not commercial uses.

The property is currently zoned as governmental utility, with commercial developments along its southern border and residential homes to the north, west and across the street to the east.

“One concern I have heard expressed here today and on that I have is the thought of commercial creep,” Mayor Linda Anthony said. “I’ve always thought that even though some of these commercial projects that have been submitted to us are interesting, that this really should be residential.”

The new RFP could also outline more specific qualifications, such as assuring a development would fit into the city’s master plan, a minimum bid price, and possibly density restrictions. The final terms of the RFP will be determined at future council meetings, and could be posted in March.

Here are some other highlights from the meeting: