Pflugerville ISD accepting board of trustee applications, Hutto ISD and City Council hosting joint meeting and more: 5 things to know this week in Round Rock, Pflugerville and Hutto 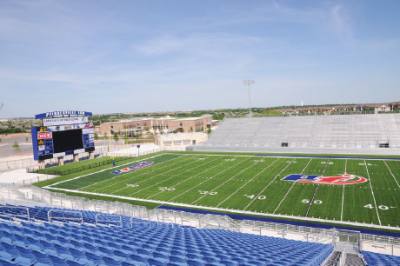 Three Pflugerville ISD board of trustees places are up for election this spring.

With a full week of scheduled city council and ISD meetings, here is what you need to know this week in Round Rock, Pflugerville and Hutto:
1. Austin listed as Amazon HQ2 finalist
Amazon.com Inc. last week released its list of finalist cities for its HQ2 location, and Austin made the cut, joining Dallas as the only Texas cities to be named in the list of 20 finalists. According to a press release, Amazon will work with each of the candidate locations to dive deeper into their proposals in the coming months and expects to make a final decision this year.

The deadline to apply is Feb. 16, and the election for trustee places 1 and 2 is held May 5.

3. Round Rock City Council to consider zoning change, hold first hearing on solid waste and recycling services rate increase
Round Rock City Council has several big items on its Thursday night agenda, including a zoning change to allow the upcoming Embassy Suites Hotel and Convention Center at the corner of Bass Pro Drive and North Mays Street to build up to six stories tall.

City Council will also hold the first of two hearings on a proposed increase to the solid waste and recycling services rate. The rate, which has not been amended in four years, would go up by $1.36 to $15.87 per month.

The two bodies will provide updates on the Limmer Loop Sidewalk Project, the Mobility Master Plan, construction plans and designs for future elementary schools, and more.