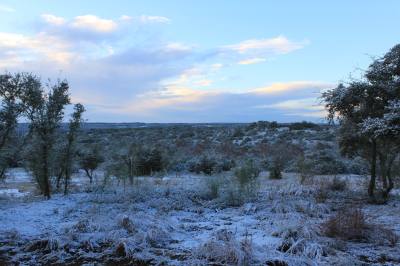 Winter weather is in the Central Texas forecast this week. Local school districts have canceled classes for Jan. 16.

A cold front will move through the area Monday night lowering temperatures into the 20s and could bring a wintry mix of precipitation, including rain, sleet and snow, according to the weather alert issued at 2:45 p.m. Jan. 14.

According to the alert, travel impacts such as road closures and traffic accidents are possible starting Monday night and through Tuesday evening.

4. Bee Cave City Council agreed to bury power lines last week
Bee Cave City Council on Jan. 9 voted unanimously to bury power lines Austin Energy wants to run along a section of Bee Cave Parkway, from west of the Tordera Road entrance to the Ladera community to west of the city’s Central Park. The plan, subject to a negotiated deal with the utility, will involve paying back about $1.325 million of the total $2 million estimated cost over time. The deal would have to still get the nod from Austin City Council. Learn more about the plan here.

5. Lakeway City Council will discuss improvements to RM 620 Tuesday
Council will discuss a resolution supporting the Texas Department of Transportation’s design and plans to improve RM 620 in the Lakeway area Tuesday night. Council meets at 1102 Lohmans Crossing Road, Lakeway, at 6:30 p.m. The meeting agenda can be found on the city’s website.