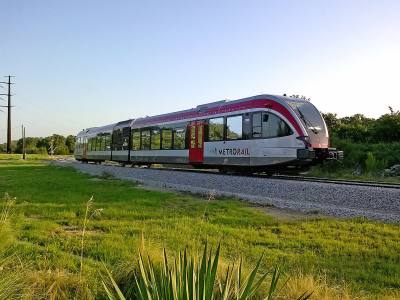 Capital Metro will boost the capacity for its train commuter service, MetroRail, on Sunday, Jan. 7.

The regional transit authority Capital Metro is gearing up for big changes in the new year. On Tuesday, the Capital Metro board of directors is set to name its new president/CEO. The organization will give a boost to two of its major services two days earlier.

Here's that and the biggest stories we're following this week in Central Austin.

Capital Metro is implementing two significant changes Sunday, Jan. 7, that will boost MetroRail commuter line capacity and increase MetroExpress bus service by 50 percent in the Leander, Lakeline and Austin areas. Changes were approved in September as part of the agency’s investment in expanding MetroRail as well as continuing to implement its Connections 2025 service plan, which outlines service changes for the next 10 years.

A public forum is set for Jan. 8 from 6-8 p.m. at Austin ISD’s Performing Arts Center at 1500 Barbara Jordan Blvd., Austin. Capital Metro’s board of directors is holding a specially called meeting Jan. 9 to name the new president/CEO and will approve the contract at its regular board meeting Jan. 29.

Austin Public Health reported four additional flu-related deaths have occurred since its report in December, putting the total number of fatalities in Travis County at seven.

We Are Blood is experiencing a critical blood shortage and is in need of donations, especially types O negative and O positive blood, according to organization officials. A recent press release stated donations during the holiday season were lower than anticipated, placing the Central Texas blood supply at a “dangerously low” level.

A district court judge's ruling on Dec. 22 provided clarification on a question of whether guns can be carried at Austin City Hall, but the decision will not change the its gun-prohibiting policy.

Increasing rent continues to push some businesses out of Austin

After 42 years, beloved Tarrytown toy store Over the Rainbow will close its doors for good and owner Stanley Moore says it’s for one reason.