Here's a roundup of the latest restaurant news from Central Austin 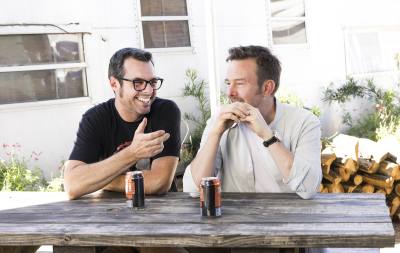 Sushi restaurant Kome closed its location at 4917 Airport Blvd., Austin, in Hyde Park on Nov. 12 ahead of its move to a new location at 5301 Airport Blvd., Austin, in the North Loop neighborhood. It opened Nov. 21. In its previous location, Kome owner Kayo Asazu is partnering with Motoyasu Utsonomiya of East Side King to open a second location of Sa-ten Coffee & Eats by the end of the year. 512-712-5700. www.kome-austin.com Verts Mediterranean Grill, the Austin-born fast-casual restaurant chain, announced it was rebranding as Noon Mediterranean on Nov. 17. The company, which has 19 locations in four states, including eight in Austin, previously changed its name in 2016 from VertsKebap. Over the summer, it relocated its office from Austin to New York City. 512-800-8194. www.eatnoon.com

Downtown
Russell Davis, co-host of the Spike TV reality show “Bar Rescue” and former bar manager of Peche, opened a new bar on Nov. 29. Academia, which is located at 208 W. Fourth St., Austin, “was designed as a figurative faculty lounge for an Ivy League university of drinking where the likes of Ernest Hemingway and Hunter S. Thompson could be found,” according to an October news release. www.academiaaustin.com. [email protected] Healthy, fast-casual restaurant Flower Child opened its second Austin location at 500 W. Second St. in December. The 3,635-square-foot first-floor restaurant serves salads, plates, wraps and hummus as well as kombucha on tap. The chain has locations in five states, including a restaurant that opened at Domain Northside in North Austin last year. 512-777-2493. www.iamaflowerchild.com

South Central
Asian smokehouse and bar Loro will open at 2115 S. Lamar Blvd., Austin, in early 2018, according to an Oct. 30 news release from Hai Hospitality, the restaurant group behind the restaurant. Loro is a collaboration between Aaron Franklin of Franklin Barbecue and Tyson Cole, co-founder and executive chef of sushi spot Uchi. www.haihospitality.com ManinPasta, an Italian restaurant, opened Dec. 11, according to its website. The restaurant serves lunch, dinner and Sunday brunch and is located at 3403 S. Lamar Blvd., Austin, in the space previously occupied by Aroma Italian Kitchen and Bar, which announced its closing Nov. 8. 512-900-8670. www.maninpastarestaurant.com

After announcing plans to close by the end of March because of sharply rising rent downtown, Threadgill’s World Headquarters at 301 W. Riverside Drive, Austin, confirmed Nov. 20 that owner Eddie Wilson signed a three-year lease and intends to keep the location, which opened in 1966, in business. 512-472-9304. www.threadgills.com

The Coffee Bean and Tea Leaf at 221 S. Lamar Blvd., Austin, closed in mid-September. A district manager for the company said the closing was due to a focus on the business’s expansion, including a new location in Georgetown. 512-351-8680. www.coffeebeantexas.com/austin

After 10 years in business, Fair Bean Coffee at 2210 S. First St., Austin, closed Nov. 25. Owner Andres Salvador announced the news on the coffee shop’s Facebook page. In a later post, he cited an inability to recruit adequate staff for the store as the reason for the closing. 512-444-=2326. www.fairbeancoffee.com Bird Bird Biscuit, a breakfast-and-lunch spot serving biscuit sandwiches, will open at 2701 Manor Road, Austin, in spring 2018. The restaurant is a collaboration between Brian Batch and Ryan McElroy, both of Thunderbird Coffee. www.birdbirdbiscuit.com