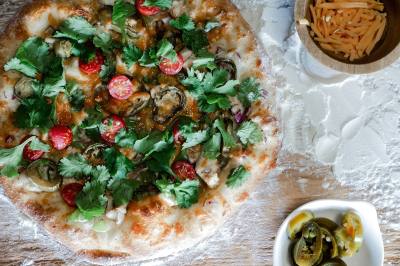 As 2017 comes to an end, major decisions about the city's leadership are underway. In South Austin, one longstanding organization is closing its doors while another is celebrating its first anniversary. Here's a few more things to know this week: Austin-area medical marijuana dispensary growing medicine for patients with epilepsy
A company near South Austin is now growing medical marijuana for patients with incurable epilepsy. Compassionate Cultivation, located at 12701 Lowden Lane, Bldg. 501, Manchaca, is one of three providers licensed in the state to grow medical cannabis under the Compassionate Use Act, signed into law in 2015 by Gov. Greg Abbott.

Founded in 1981, OHBPA was formed as a way to communicate information about traffic, local elections and more to the residents of Oak Hill, President Stacy Bray said. The association held monthly networking luncheons to connect area entrepreneurs in hopes of advancing the business and civic interests of Oak Hill.

Austin names Howard Lazarus and Spencer Cronk as city manager finalists; final decision to come by year's end
Austin announced the two finalists for its city manager position on Thursday, Dec. 7 as the city moved closer to appointing its new top executive and closing the book on a search process that has taken more than a year.

Either Spencer Cronk, the current city administrator in Minneapolis, or Howard Lazarus, the current city administrator for Ann Arbor, Michigan, will take over as Austin’s city manager by the end of 2017. Stephen Newton, a representative for hired search firm Russell Reynolds and Associates, made the announcement at Thursday’s City Council meeting.

The city picked Cronk and Lazarus—the former public works director in Austin—out of a finalist pool of six candidates that included public and private sector leaders from across the country.