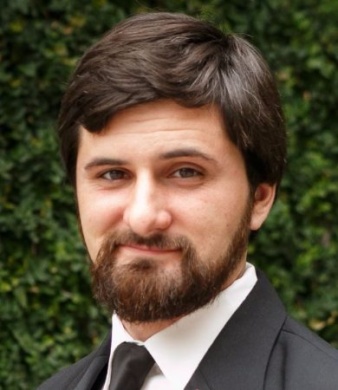 Answers have been edited for clarity.

Q: How do you think Buda should adapt for growth while still retaining its character?
A: Choose resiliency before growth. Growth is fine, but not at the expense of Buda taking massive risks that rely on lofty projections of population and economic growth continuing at the same rates since the ’08 financial crisis. Instead of corporate developers capitalizing on our infrastructure investments to mass produce housing, let’s foster incremental development. It’s this “For the People, By the People” approach that will lead to our ability to “Eat. Work. Play.” here in Buda. We have the privilege during this amazing growth period to choose the type of growth we want. Wield it for good.

Q: With a rapidly increasing housing market, how do you think housing affordability should be addressed in the upcoming years?
A: We should consistently ask ourselves, “Are there neighborhoods where multiple generations can live within their means within walking distance of each other?” Housing infill developments like mother-in-law suites, tiny homes, and small condos/apartments (not the behemoths) allow for reasonably priced housing to be in and throughout, rather than isolated. This is incremental development “For the People, By the People,” which means they can be built by small, independent businesses/families for the benefit of the community (and with a profit!) instead of large-scale corporate developers sweeping in fast and cashing out just as quickly, leaving behind all their problems.

Q: How would you like to see the 2015 federal disaster recovery funds used?
A: We’re getting funds from several difference sources, some of which come with pre-allocations and stipulations. For example, some of the funds from Hays County need to be used for infrastructure projects to improve flood resilience, and at least 70 percent of those funds need to be used for low- or moderate-income residents. That’s great! We can prioritize the much-needed drainage projects that fit that mold. Other funds should help us with preparedness, including improving our emergency services and early warning systems. Lastly, equipment for our public works crew to safely and efficiently clear debris that cause backups during flooding events.

Q: What solutions do you have for the city to lessen the effects of flooding in the future?
A: At a macro-level, [Buda should] join in with other cities taking action against climate change since the federal executive branch has abdicated that role. Rising global temperatures cause drier and longer droughts and heavier floods for Buda. At the micro-level, reduce or remove minimum parking space requirements. This will increase the number of “Eat. Work. Play.” developments that foster walking/biking/rides-sharing and decrease the need for driving and parking, which leads to less impervious cover, and therefore less flooding. Lastly, prioritize the completion dates of our drainage bond projects and maintain them well.

Q: What is the biggest issue you think Buda faced this year, and how would you address this issue?
A: The beginning of turning dirt on State Highway 45. The project drastically changes the access and traffic patterns in Buda. I will deal with it by fostering the ability to “Eat. Work. Play.” in Buda. This means many Budites can fulfill their needs in and around town, while those that need to get on the highway can, and with less traffic. An “Eat. Work. Play.” philosophy has many benefits for Buda, one of which is this proactive improvement to transportation without increasing spending. Preempt traffic issues like this, and we save taxpayer money.

Q: What is your stance on adding fluoride back into Buda’s water supply?
A: Even though the Texas Fluoridation Program (TFP) would subsidize most of the costs of increasing our fluoride content above the natural levels, it would still cost us thousands of dollars per year. I would rather start a program to provide fluoridated toothpaste to those that prefer it, along with education on dental hygiene, and that would still be cheaper than adding additional fluoride to the water. This allows us to (proverbially) teach the man to fish, while giving him fish in the meantime.

Q: With increasing water and wastewater rates for the next fiscal year, and it being reported that the City of Buda saw record water use during the month of July 2017, what do you think needs to be done to address Buda’s water usage problems?
A: The number one cause of increased residential water usage during the Texas summer [is] watering lawns. One of the reasons for so much usage is the expectation and belief that a green lawn of non-native grass is idyllic. Digital meters (already deployed in some neighborhoods) would help citizens understand how much this expectation costs. We could also incentivize landscaping that introduces more native, drought-tolerant plants and grasses to yards so water usage can decrease, but I would only incentivize it when we can show a tangible net financial benefit to the taxpayers for putting such a program in place.