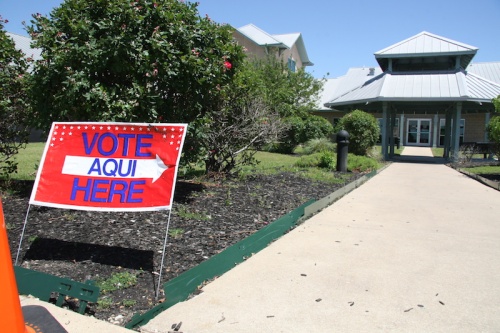 Answers have been edited for clarity.
Q: How do you think Buda should adapt for growth while still retaining its character?
A: Each new project or development should be evaluated based on whether or not it is best for Buda. The Traffic Impact Analysis—how many cars a project will add to our traffic flow—is one of the most important measures. Our recently passed Unified Development Code protects additional policies on development to protect our historic downtown. Investing and supporting in locally owned establishments that give our citizens close-to-home options for shopping, food, and entertainment.

Q: With a rapidly increasing housing market, how do you think housing affordability should be addressed in the upcoming years?
A: Optimally a community like Buda has housing that is accessible to college students, public employees, young families, families with children, and retirees. Currently, we do provide some options, but as our city grows we should continue to have a constructive dialogue with the citizens on how to tackle affordability.

Q: How would you like to see the 2015 federal disaster recovery funds used?
A: Through our bond program, Buda has taken the initiative to address some of our most pressing drainage concerns. I would like to see the recovery funds be used to fund our second-tier drainage projects to lift more homes out of the 250-year flood plain.

Q: What solutions do you have for the city to lessen the effects of flooding in the future?
A: Fortunately, the city has done a solid job addressing flooding with new drainage projects. Moving forward we must ask new developments to move away from solid concrete or asphalt that creates runoff towards "pervious" cover that allows a percentage of rainfall to be absorbed through concrete. Our new Unified Development Code requires a standard for new construction that will prevent future developments from most flood events. For existing homes, we must expedite drainage projects on our capital improvement list.

Q: Should the city go to single member districts so all parts of the city are represented equally? Explain why you chose your answer.
A: In recent years the pattern of elected officials from a certain area has shifted with population growth. From what I've seen, those who serve do so with the entire city in mind, not just one neighborhood. I would like to be seen as somebody who the entire city could trust, not just one portion of it. The proposed charter amendment gives us a hybrid system that provides the best of both worlds: single-member districts and at-large districts.

Q: What is the biggest issue you think Buda faced this year, and how would you address this issue?
A: The biggest issue has been how the city is working to protect our small town feel while managing density and traffic congestion. On City Council I would support more acceleration and deceleration lanes along with lengthening right turn only lanes to keep traffic flowing. I would like to work closely with [Hays County] Comm. Mark Jones to concentrate city, county, and state resources towards our worst traffic areas.

Q: What is your stance on adding fluoride back into Buda’s water supply?
A: Fluoride levels in Buda have been the same my entire life until we started getting water from new sources because of population growth. Up until recently, I hadn’t realized that the majority would prefer a fluoride-free Buda. This will be up on the ballot in November, and I support the will of the voters.

Q: With increasing water and wastewater rates for the next fiscal year, and it being reported that the City of Buda saw record water use during the month of July 2017, what do you think needs to be done to address Buda’s water usage problems?
A: Every gallon of water we conserve is a gallon we won’t need to source. I support the city's efforts to expand the rain barrel program, and I support policies that encourage the use of xeriscaping (water conservation through landscaping)—particularly for commercial developments. In addition, we should encourage new and existing homes to use cheap and simple fixes like dual-flush toilets to minimize water usage.