Inside the nearly 100-year-old building on Hickory Flat Road in Milton sits 7 Acre barNgrill. The renovated building housed a general store back in the 1930s, chef and business partner Mix McCrory said, but it was most recently known as Wilbur & Rudy’s Farm Table.

After the previous owners closed Wilbur & Rudy’s Farm Table, McCrory and business partner Chris Sedgwick—president of the Sedgwick Restaurant Group—began discussions for a country tavern-style concept in an area “starved for restaurants,” McCrory said.“We went through a bunch of ideas of who we wanted to be and how we wanted to portray ourselves culinarily,” McCrory said. “[The people out here] want some healthy options, but they also want a good burger.”

The restaurant has both lunch and dinner menus, featuring dishes such as slow-cooked beef brisket; Key lime chicken Caesar salad; and the Smashed Barn Burner Burger, made with double-smashed SBC patties—or short rib, brisket and chuck patties—fire-roasted green chiles, pepper jack cheese and chipotle aioli on a toasted brioche bun. The bun is branded with a number seven using the restaurant’s branding iron.

However, McCrory said 7 Acre is most well-known for its desserts. Megan Allen, pastry chef and colloquially known by her coworkers as “the pie queen,” handmakes the desserts—such as the chocolate layer cake and the Pride of Alabama Golden Eagle Pecan Pie—fresh every day from her personal recipes, she said.

“This restaurant in particular has seen the most success in the dessert program out of any restaurant I’ve ever worked at in my 40-plus years in the industry,” McCrory said. The restaurant is aptly named for its 7-acre garden in the backyard of the restaurant, General Manager Josh Read said, which is planned to grow produce and herbs for use in-house and help preserve the land of the longstanding Milton landmark.
RELATED STORIES

Keeping in line with preserving history, McCrory said he and Sedgwick repurposed the original flooring to serve as the backboard of the front entrance wall. Additionally, he said the bar shelves and booth rails were milled out of local red oak trees and donated by one of 7 Acre’s regular customers.

“We wanted to build a community here and be a part of the history of Milton,” McCrory said. “We have great neighbors, and we try to be a good neighbor right back.”

For the last 10 days, per-day COVID-19 case counts in Georgia have increased by quadruple-digit numbers, rising by a record high of 2,946 cases from June 30 to July 1.

Fulton County Schools board members voted to delay the start of the school year by one week and discussed plans to reopen schools with faculty and staff wearing masks and taking other health and safety precautions due to the spread of COVID-19.

Public health data shows that Georgia has seen its highest daily totals of reported COVID-19 cases in the last two days, rising by more than 2,200 cases each day June 28 and 29.

Zyka Indian Restaurant is expected to open at the end of July on Brookside Parkway in Alpharetta.

While case counts in Georgia are outpacing the number of viral tests being administered, the cities of Alpharetta and Milton are still seeing less than 200 cases of COVID-19 in each city.

Both the city of Alpharetta's Fourth of July fireworks show and the city of Milton's Independence Day Walking Parade were canceled due to COVID-19. 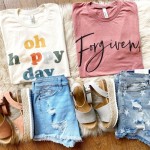 Shops to open in Avalon and more: News from Alpharetta

Read the latest news from Alpharetta.

The Georgia Department of Public Health has reported statewide COVID-19 case count increases of more than 1,700 for each of the last three days.

The new Latin fusion restaurant opened in early May.